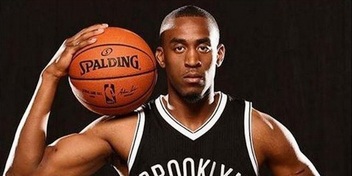 BC Khimki has reached and agreement with American guard Markel Brown. Last two seasons Brown spent in the NBA team Brooklyn Nets. The contract has been signed till the end of 2016/17 season. Welcome to Khimki, Markel!

"I think Markel Brown is a solution for us. In summer, I was looking for him and now he is free. He’ll come and we’ll see. He is an athletic guy who can play positions one, two and three. It’s difficult for US players to come to Europe for the first time and probably he will need time to adapt but he has quality to play in our team".

Brown played 109 games in the NBA (regular season) and 2 games in the play-offs. He averaged 5.3 pts, 2.1 rebounds, 1.2 assists and 0.6 steals in 16.2 mins.
Share on FacebookShare on ВконтактеShare on TwitterShare on ОК