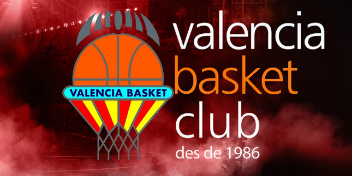 BC Khimki and Valencia Basket never met in the EuroLeague; it will be their first time.

BC Khimki guard Stefan Markovic played two seasons for Valencia (2011/2013). He was a teammate of current Valencia players Bojan Dubljevic and Rafa Martinez.

Anthony Gill and Thomas Robinson are two players in BC Khimki roster who enter the season without previous EuroLeague experience.

Charles Jenkins has made at least one steal in six straight and 22 of his last 23 EuroLeague games.

Jenkins has scored in double figures in nine of his last 10 EuroLeague appearances.

Sergey Monya has made at least one three-pointer in nine of his last 10 EuroLeague games.

Monya has blocked at least one shot in six of his last seven EuroLeague appearances.

Alexey Shved's next three-pointer will give him 100 for his EuroLeague career.

James Anderson is 7 three-pointers short of the 100-mark in his EuroLeague career.

“First of all, we are excited to play in this highest-level competition in Europe. We know that we have a really difficult job to do against best teams. We start at our home court against Spanish champion. So, we have a lot of respect about the way they play and the experience they have. Of course, we need to overcome the lack of experience in this competition and at this level. Basically, in our frontcourt we are talking about three newcomers in the EuroLeague. But we are positive and believe in our team. Right now, Green is the first scorer for Valencia and I know him and his ability very well from the Greek League. But we are focusing on team philosophy and team effort. They have a good coach, very experienced guards and bigmen like Dubljevic and Pleiss. We are talking about high-level players so we must play a good game all forty minutes if we want to win”.

“Valencia is coming after a great season as they won Spanish championship and Supercup so far. They are full of confidence and I think they are happy to be back to the EuroLeague; they deserve that. We are expecting a tough game that’s how we prepare. They have a good team and a good roster; they played pretty much almost all together like with some changes. They have motivation and we need to play tough because now it’s EuroLeague and all the games will be tougher. We need to respond that. We have to be focused forty minutes on the court to play and do our job”.