Olympiacos Piraeus vs. BC Khimki: battle at the top25 october 2017 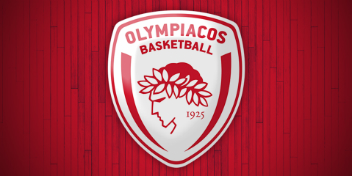 After tough home win over Crvena Zvezda Belgrade BC Khimki left to Piraeus, Greece to face undefeated Olympiacos in the EuroLeagye round 4 game. Tip off on Thursday, October 26, 2017 at 21:15 msk. Watch LIVE at Match TV, Match! Igra, Sportbox.ru and EuroLeague TV.

“First of all, the circumstances are a little bit strange as now we are talking about a second game in a row for both teams. One of the most important parts is the energy and the rhythm of the game. This is one of the most difficult games in the EuroLeague playing with Olympiacos away; it’s very tough to beat them, especially over there. They have a lot of experience in the EuroLeague and know how to handle all the special situations. On the other side, we don’t have this kind of experience playing games two times in a row, I mean the importance in such kind of games. We just need to wait and see how we’ll approach it. Of course, if we want to win, we need to do all the things like perfect and to play as a team because individually you cannot beat Olympiacos over there. That’s why we are talking about a very good team because they play without their leader in Spanoulis and they have a 3-0 record. We don’t know yet if Spanoulis is going to play but no matter, what they proved that even without him they can play excellent. It will be just a usual game for me. Right now, I’m in Khimki but of course I have friend from the team [Olympiacos]. I have great emotions and great feelings for everybody over there but I left Olympiacos four years ago. Since then, Khimki is my third team and I’m very concentrated on Khimki and our team”.

“I think it’s gonna be good for us; our first road game that’s gonna be in a crazy environment. It’s a real test what we have. We’ve won home games so far. We’ll face a really good team and just have to be ready for everything, playing Khimki basketball and be ready to compete from the beginning. I’ve never been there as this is my first road game in the EuroLeague. From what I hear is pretty crazy and I’m excited about that. It’s gonna be fun as always when you play in such environment.”.