BC Khimki vs. Crvena Zvezda, or special day for Jenkins23 october 2017 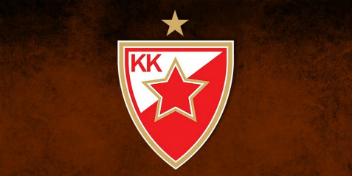 BC Khimki recorded its most steals in EuroLeague play this century, 18, against Crvena Zvezda on October 30, 2015.

BC Khimki playmaker Stefan Markovic and Zvezda forward Marko Keselj have been teammates on the Serbian national team.

Charles Jenkins has made at least 1 steal in eight straight and 24 of his last 25 EuroLeague games.

Alexey Shved has made at least 1 three-pointer in seven straight and 15 of his last 16 EuroLeague games.

James Anderson is 4 three-pointers short of the 100-mark in his EuroLeague career.

Taylor Rochestie has scored in double figures in nine straight and 32 of his last 33 EuroLeague games.

James Feldeine has collected at least 1 steal in five straight and 10 of his last 11 EuroLeague games.

Taylor Rochestie is ranked seventh all-time in the EuroLeague in free throw accuracy at 90.2%.

Pero Antic needs one more assist to get to 100 for his EuroLeague career.

“As I always say, there are no easy games. This is about how Crvena Zvezda played in Kaunas and in Belgrade in the two previous games. They play with confidence; they have desire and we need to play very hard if we want to win the game. Basically, they have mobile big men like Bjelica and Antic who both can play out and in an out. Of course, we need a special preparation for this game, not only tactically, but mentally. No matter, where we play — at home or away — we need to be ready and well prepared. By the schedule we have three home games in a row and we need to protect our home court. But it's all about our performance, I mean how ready we are”.

“It's gonna be a tough game. Crvena Zvezda is a defensive team; they play really hard with a lot of motivation. I know the mentality of their players and it's really tough. I think it will be very important for us to master intensity. I haven't seen my former mates for a few months now. It's not the same team that I was a part of. There are a lot of players who are gone but there are few players who stayed there and I have a close relationship with. It will be good to see them before the game and after. But it's a business and I play for Khimki now; so for me now it's important to win the game and then we'll handle friendship and stuff like that. It will be nice to see them but nice to beat them as well”.