Parma vs. BC Khimki: hot basketball on ice arena15 october 2017 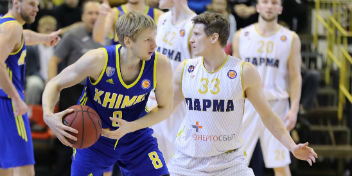 BC Khimki continues its streak in Perm vs. Parma. VTB United League game will be played on Monday, October 16, 2017. Tip-off at 17:30 msk. Watch LIVE at VTB UL website.

“Right now we need to concentrate on this game as every one is very important for us. Perm has a better and much stronger team that last year. We didn't see them in a full roster because they played just one game with their full roster. We need to be very concentrated and force everybody all forty minutes. The approach is very important in such kind of games”.