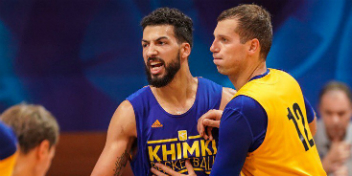 Today in the afternoon our team left to Croatia, where it will take part in 2017 Zadar Basketball Tournament (September 21-24). On September 26 BC Khimki returns home and continues preparations for 2017/2018 season.

BC Khimki schedule in Croatia:

“Basically, it's a very important tournament for us. All the teams are very strong. We need just to evaluate our level right now and to show progress from game to game, from practice to practice. We gonna play with Gill and Todorovic who didn't play until now. We still don't have all our team because Shved and Zubkov won't play at this tournament. We have to test and check our progress against very strong opponents”.

Upon returning from Croatia (September 26) BC Khimki will have one training session at home and then goes to Moscow for Alexander Gomelsky Cup (September 27-28).