BC Khimki vs. Buducnost VOLI Podgorica: for the first time ever20 november 2018 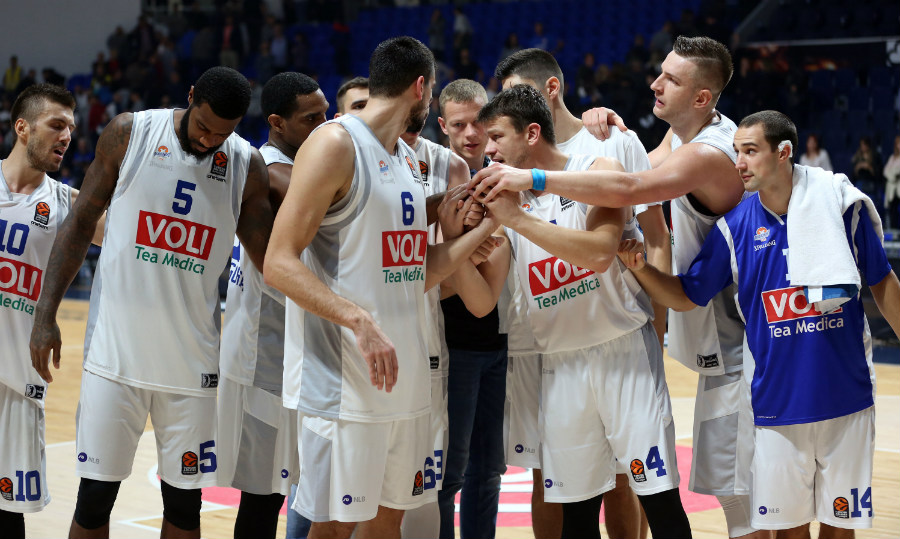 On Wednesday, November 21, 2018 BC Khimki will face Buducnost VOLI Podgorica, Montenegro in a EuroLeague round 8 game. The game will be played at Mytishchi Arena. Tip-off at 20:00 msk. Don't miss!

Despite 19 EuroCup seasons and 250 games between them, these two teams are set to face each other for the first time ever.

Edwin Jackson of Buducnost and Stefan Markovic of Khimki were teammates at Unicaja Malaga during the 2015/2016 season.

Khimki guard Dee Bost played for Buducnost during the 2012/2013 season. He was a teammate of Nikola Ivanovic and Danilo Nikolic; they helped the team reach the EuroCup Quarterfinals.

“I don’t believe that there are any easy games in the EuroLeague; that is obvious from the results. Last week Baskonia lost easily to Buducnost; they had an amazing shooting day that means they have offensive talent. I know their coach, who is a very good specialist. Also, I know they will come to Russia and fight with more confidence and desire. For us, this is a game we must play well, stay together and of course win. In a word, this is a must-win game for us, if we want to have possibilities to go on. I don’t expect an easy game. This team has a good structure, good coach, good foreigners and some other guys like Gordic, Ivanovic”.

“They are a new team in the EuroLeague. They have really good players in the roster, especially Edwin Jackson, who is their leader. We have to reduce his offensive potential. Also, we need to play our offense. Last week they defeated Baskonia at home and set new EuroLeague three-point record, so they are a dangerous team. We have to pay special attention to defend our perimeter and avoid their triples”.
Author: Sergey Khodyachikh

khimkibuducnosteuroleaguezaytsevbartzokas
Share on FacebookShare on ВконтактеShare on TwitterShare on ОК