Zalgiris Kaunas vs. BC Khimki: battle for the initiative22 november 2018 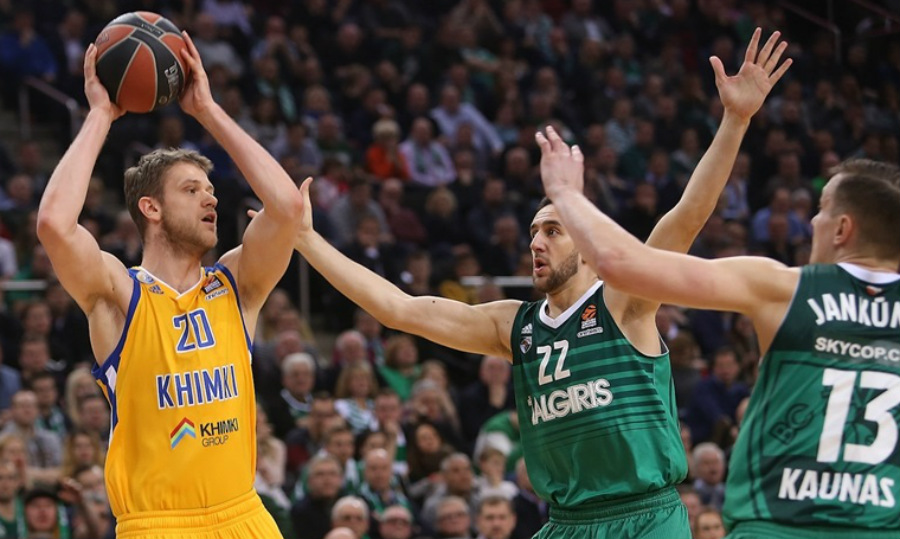 Today in the afternoon BC Khimki left to Kaunas, Lithuania to face Zalgiris on the road. The game will be played at Zalgirio Arena on Friday, November 23, 2018. Tip-off at 20:45 msk. Watch LIVE at Match! Nash Sport, Euroleague TV and matchtv.ru.

Dee Bost spent the first part of last season with Zalgiris Kaunas, playing under coach Sarunas Jasikevicius. He was a teammate with a majority of the current team.

Zalgiris forward Paulius Jankunas has played his entire pro career with Zalgiris except for the 2009/2010 campaign, which he spent with Khimki. He was a teammate with Petr Gubanov and Vyacheslav Zaytsev that season. However, he will miss this game with a muscle injury.

Gubanov and Zalgiris sharpshooter Arturas Milaknis were teammates at UNICS Kazan in 2015/2016 season.

Guards Nate Wolters of Zalgiris and Charles Jenkins of Khimki were teammates at Crvena Zvezda mts Belgrade during the 2016/2017 season.

Brandon Davies was a teammate of Khimki's Malcolm Thomas and Alexey Shved at the Philadelphia 76ers for the first part of the 2014/2015 season.

“One more year Zalgiris shows the level that they have. They played excellent in an away game with CSKA Moscow and were very close to the win. To play at Zalgirio Arena is always a difficult process, I mean the atmosphere, the level of their team, the intensity and energy that they get from the fans. We have to be ready to play forty minutes. We’ll fight for this win”.

“It will be a good game. They are a great team we were playing last season. They have great environment; their gym is great. Everything is about a tough game that we’ll have. We have to be ready for it and match their intensity, the defense of intensity. I think, if we can do that, the game will take in our favor”.

khimkizalgiriseuroleaguegillbartzokas
Share on FacebookShare on ВконтактеShare on TwitterShare on ОК