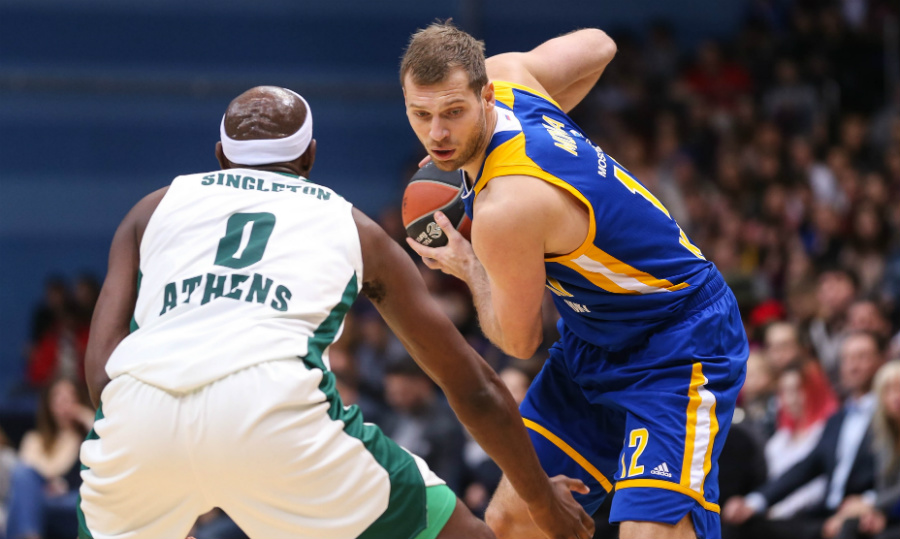 On Friday, November 30, 2018 BC Khimki will face Panathinaikos OPAP Athens, Greece in a EuroLeague round 10 game. The game will be played at Arena Mytishchi. Tip-off at 20:00 msk. Don't miss!

Keith Langford made his EuroLeague debut with Khimki and spent two seasons there, from 2009 to 2011. Langford was a teammate of Vyacheslav Zaytsev for both seasons. He was also a teammate of Petr Gubanov in 2009/2010 and with Sergey Monya during the 2010/2011 campaign.

Gubanov and Langford were also teammates at UNICS Kazan for two seasons, from 2014 through 2016.

Ian Vougioukas and Khimki forward Andrey Zubkov were teammates at Lokomotiv Kuban Krasnodar during the 2016/2017 season.

“Panathinaikos is a combination of athleticism and experience. This is a team that is built up for the Final Four. Also, we have to take into the consideration that we will miss our franchise player Alexey Shved, so we need all together to adjust to the new things that we have to do. We need to base more on team effort, both defensively and offensively. We don’t expect anything but a tough game”.

“They are one of the best teams in the last couple of years. They always try to go to the Final Four and have that aspiration. So, we expect a tough game. They have couple of veteran guys who have spent a lot of years together, so we need to match that. I think, Calathes is the main creator in their team, the motor of the team. They start fast breaks with him; he has very good connection with Gist, now Lasme joined the squad. They have a lot of guys with EuroLeague experience. For instance, Antetokounmpo gives them energy in defense and offensive rebounding. We need to hustle on defense and play good defense like in our last game with Zalgiris in Kaunas, because of good defense it’s easier to play in offense”.

khimkipanathinaikoseuroleaguemarkovicbartzokas
Share on FacebookShare on ВконтактеShare on TwitterShare on ОК