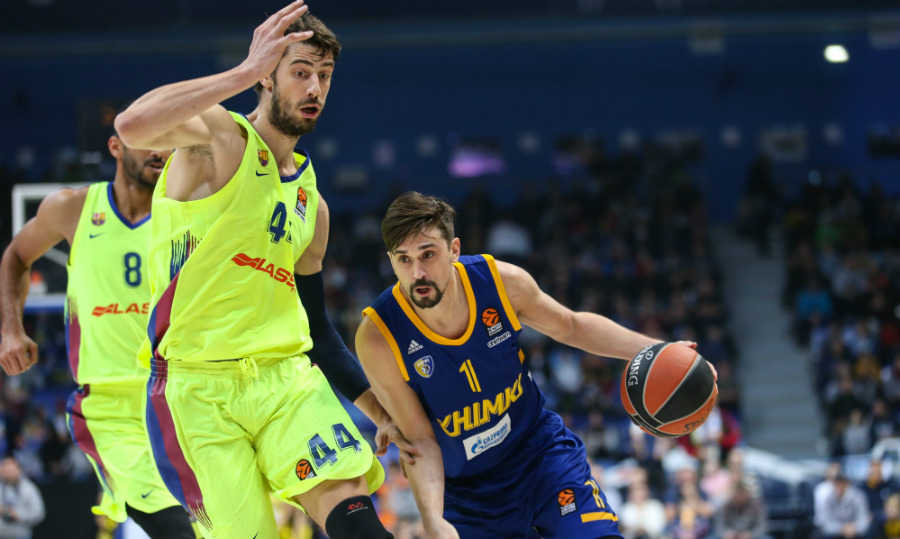 On Friday, December 6, 2019 Khimki Moscow Region will face FC Barcelona, Spain in a EuroLeague round 12 game. The game will be played at Arena Mytishchi, Russia. Tip-off at 20:00 msk. Don't miss!

“If we are speaking about roster and budget, FC Barcelona is the strongest team in Europe, and everyone considers them to be the favorites not of a single game, but of the EuroLeague generally. We do not think in such categories. We need to play every game and prepare for each one. Barca also has not only good, but bad games. They have a very big, uncomfortable guys for us with Mirotic and Tomic, as well as Davies, who last season was the leader of Zalgiris Kaunas and repeatedly became the MVP of the rounds in the EuroLeague. So, we will face a very serious opponent, but we play at home, where we have a good energy and our own style. We are strong enough to fight with FC Barcelona and win. We are okay; Alexey Shved has returned to our system. He creates very good situations both for our shooters and for himself. We have some small injury issues, but we will try to solve these problems by Friday. We are preparing for the fight, and the game will be tough, as it was many times this season”.

“We have to keep protecting our home court and concentrate on us. FC Barcelona has a lot of good players and a good coach. They play well as they are a good team. We have to come out and play our game, really starting from our defense. We have to lock in defense, and our offense will come. They have a very talented player in Mirotic, who is good on both ends of the floor. He plays hard and he is obviously a great scorer, so we need to keep an extra eye on him because he can score from anywhere on the court”.

“We are okay and have a fighting spirit. We have lost three road games in a row and now have no right to lose in front of our fans. We are ready and have to win. FC Barcelona is a very good team with good players and good coach. At the same time, they also have weak sides, and CSKA showed this last week. We have watched video and will try to find their weak sides, using their game with CSKA as an example. At home we are playing really well and will try to continue this streak”.

khimkibarcelonaeuroleaguebertansjerebkokurtinaitis
Share on FacebookShare on ВконтактеShare on TwitterShare on ОК