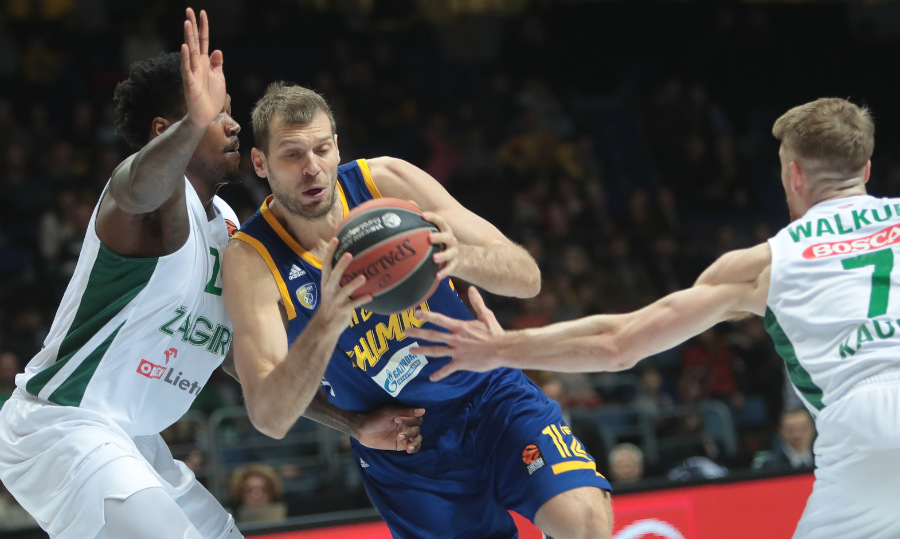 On Friday, December 20, 2019 Khimki Moscow Region will face Zalgiris Kaunas, Lithuania in a EuroLeague round 15 game. The game will be played at Arena Mytishchi, Russia. Tip-off at 20:00 msk. Don't miss!

Khimki has a 7-1 record against Zalgiris, including 4-0 on home floor, and is on a seven-game winning streak against the Lithuanian champion.

Janis Timma of Khimki and Zach LeDay of Zalgiris were teammates with Olympiacos Piraeus last season.

Gubanov and Zalgiris sharpshooter Arturas Milaknis were teammates at UNICS Kazan during the 2015/2016 season.

“Zalgiris is a well-organized team. They play all 40 minutes, regardless of the result. At the moment, they do not take a high place in the standings, but they are a dangerous team. In the EuroLeague they lost some games with a minimum difference of two or three points. Zalgiris is dangerous both at home and on the road, as their players give their best, so the game will not be easy. They have a well-balanced team, players create good situations, but they just didn’t have enough luck. They play good defense; everyone is fighting for themselves and for the team. I would like to highlight not individual players, but their spirit. This is their most important quality”.

“Zalgiris is a great team that always fight till the final buzzer. They have a good roster and a great coach, who proved that he can achieve big results with not the strongest teams. We have to pay big attention on our defense because if we defend well, we’ll make more fast breaks and the game will be ours. We’ll try to win because of that”.

khimkizalgiriseuroleaguezyatsevkurtinaitis
Share on FacebookShare on ВконтактеShare on TwitterShare on ОК