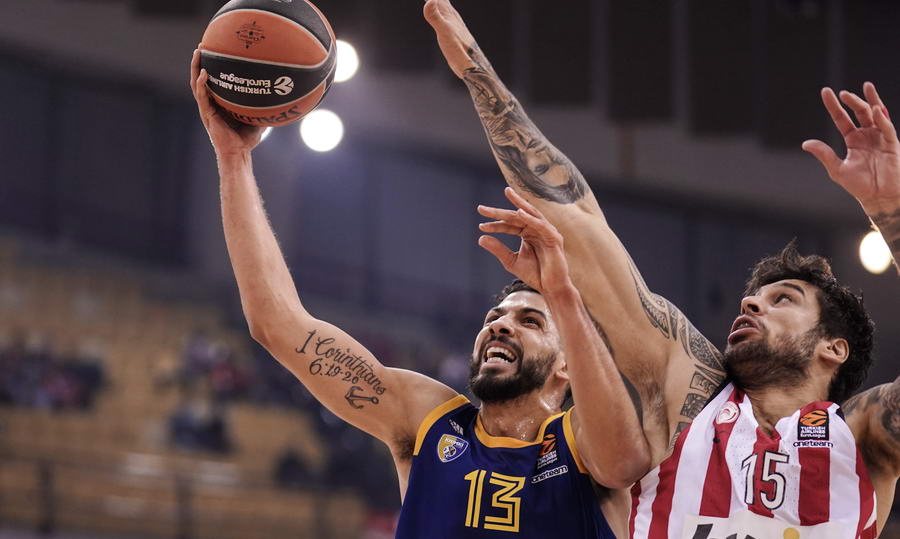 On Wednesday, December 18, 2019 Khimki Moscow Region will face Olympiacos Piraeus, Greece in a EuroLeague round 14 game. The game will be played in Piraeus at Peace and Friendship Stadium. Tip-off at 22:00 msk.

Olympiacos head coach Kestutis Kemzura was on the bench at Khimki for almost two seasons from early 2007 until late 2008. Timofey Mozgov was part of the Khimki team under Kemzura during that time.

Kaunas, Lithuania, is the hometown of both Kemzura and Khimki head coach Rimas Kurtinaitis. The two were teammates at Rytas Vilnius during the 1998/1999 season.

Khimki forward Janis Timma played for Olympiacos during the first part of last season before being loaned to Khimki. He was a teammate there of Nikola Milutinov, Kostas Papanikolaou, Aleksej Pokusevski, Georgios Printezis, Vassilis Spanoulis and Sasha Vezenkov. Current Olympiacos head coach Kestutis Kemzura was an assistant on that team.

“At the moment Olympiacos is playing well. After becoming the head coach, Kestutis Kemzura made a number of changes in the roster, but it is difficult to talk about Olympiacos, as they do not play in the national league and, on the one hand, have more strength and energy than other teams. On the other hand, they lose the game rhythm because they have one, maximum two games per week. Invariably one thing: at home Olympiacos always plays well and fights for 40 minutes. A lot will depend on how Spanoulis plays. We must try to stop him. Despite the fact that Olympiacos is on the 11th place in the standings, they are a dangerous team, especially in front of their fans. It will be a tough game, but we will fight”.

“They are a great team with a lot of great players. Nobody in particular, but we have to keep an eye for just the whole team together. We have to go there and fight 40 minutes, playing good defense, that's what it takes from us to beat this team. We have to play hard. They will come out with a lot of energy from the very beginning, and we just have to match that”.

khimkieuroleagueolympiacoskurtinaitisbooker
Share on FacebookShare on ВконтактеShare on TwitterShare on ОК