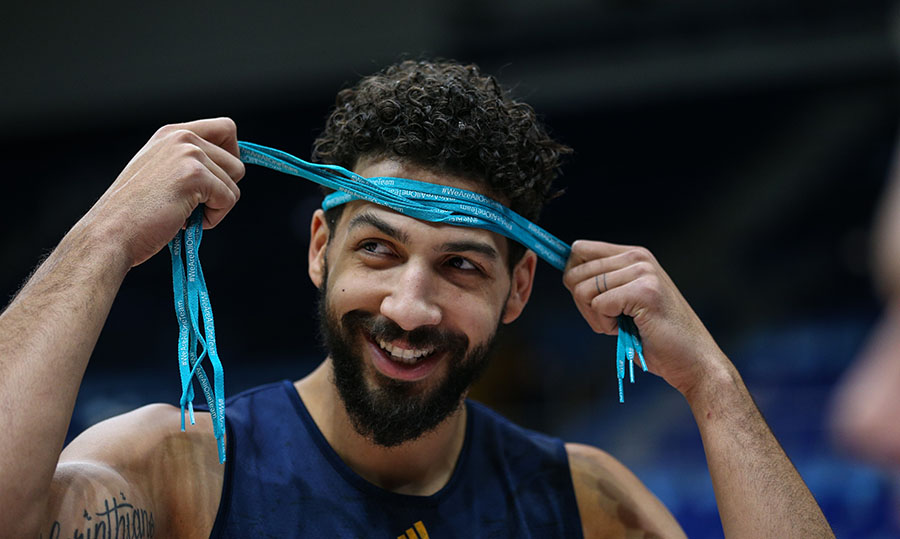 On Thursday, December 12, 2019 Khimki Moscow Region will face ALBA Berlin, Germany in a EuroLeague round 13 game. The game will be played at Arena Mytishchi, Russia. Tip-off at 20:00 msk. Don't miss!

One Team will take center stage this week as clubs across Europe host special events to celebrate EuroLeague Basketball's social responsibility program, which is improving the lives of thousands of vulnerable people all over the continent.

The annual One Team Games will involve all 42 clubs during Round 13 of the Turkish Airlines EuroLeague Regular Season and Round 9 of the 7DAYS EuroCup Regular Season in a series of on-court activities giving fans a greater understanding of the important work carried out in local communities.

Participants in local One Team programs will be invited onto the court to join the official presentation of the starting fives and referees before every game in both competitions. A ceremonial tip-off will then take place, giving a lucky One Team participant the chance to replace the referee throwing the first jump ball of the night and a unique insight into the gameday experience of players and coaches by taking a seat on the home team bench.

The action will return to the court at half-time, with every home club inviting a group of One Team participants to stage a five-minute session to entertain the fans and showcase the methodology of the program. The participants will then be joined by the home club's One Team Ambassadors for a "family photo" to commemorate the occasion.

This is the first EuroLeague meeting between Khimki and ALBA.

Coach Aito Garcia Reneses of ALBA and Rimas Kurtinaitis of Khimki have long histories of competing against one another, which goes back to the latter’s days as a star shooting guard for Zalgiris Kaunas and later Real Madrid, with Aito planning defenses to stop him as FC Barcelona head coach. Their biggest head coaching duel came in the 2015 EuroCup Finals, where Kurtinaitis guided Khimki past Aito’s Herbalife Gran Canaria.

“Last month was difficult for us. We played three road games and the last week we faced FC Barcelona, one of the favorites to win the EuroLeague; and we lost in a good fight. We got back into our rhythm with a good away win over Zenit St Petersburg on Monday, a EuroLeague team. Now our mission is ALBA Berlin, a dangerous and fast team, that brought a lot of problems to the leading clubs of the EuroLeague, but we have to complete this mission. We have to cope with the task and get a win”.

“ALBA Berlin has a good team with a good coach. They have a lot of young players who showed great results in the EuroCup last season and reached the final series. ALBA is a dangerous team, so we have to be careful. However, we play at home, so we have to win, there's no other way”.

khimkialbaeuroleaguebertanskurtinaitis
Share on FacebookShare on ВконтактеShare on TwitterShare on ОК