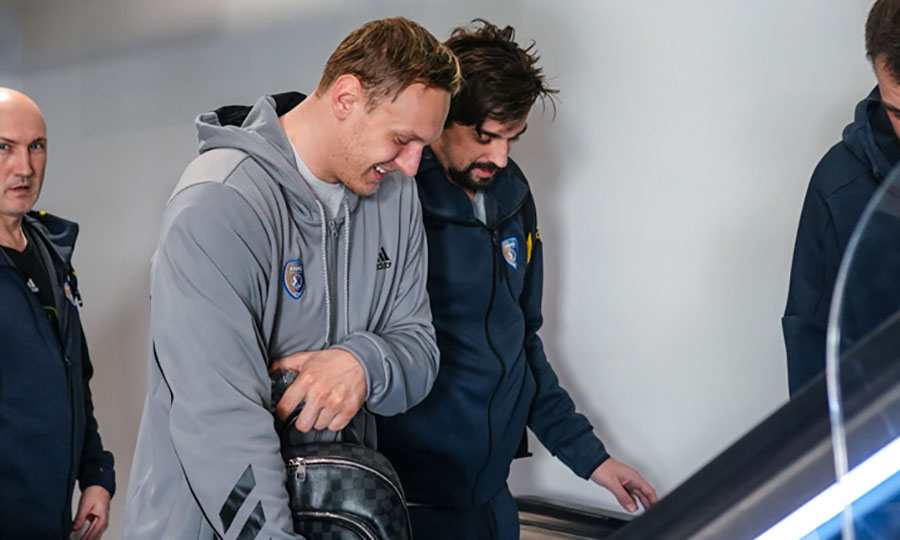 On Thursday, December 26, 2019 Khimki Moscow Region will face LDLC ASVEL Villeurbanne, France in a EuroLeague round 16 game. The game will be played in Villeurbanne at Astroballe. Tip-off at 22:45 msk.

Khimki and ASVEL have never played each other before in the EuroLeague; they met in the EuroCup Top 16 in 2012 when Khimki won both games.

“We lost two games under the same scenario and we have to draw conclusions from these losses. The last week was very difficult. If you count, in 12 days we played five games, and in such a schedule it is difficult to recover. On Monday, against Lokomotiv Kuban Krasnodar [in the VTB League] we wanted to get more help from those players who play fewer minutes in the EuroLeague, but the game went to the wire, and we could not keep our lead. This is quite a strange phenomenon, and from my experience I can say that usually all teams have problems with getting a result, whereas for us the main problem is to keep the result, which is much easier than to make it. This is a problem, and it must be solved. The second point is that we are not the only ones with similar problems. Many EuroLeague teams experience similar difficulties in their domestic leagues. For example, LDLC ASVEL Villeurbanne, our next opponent, lost on Monday in the French League, albeit on the road, although it is physically very strong team, one of the strongest and athletic in the EuroLeague. This game will be difficult. If before the start of the season LDLC ASVEL Villeurbanne was treated as a club with a small budget, which will be one of the underdogs, in the course of the EuroLeague they have already created a lot of upsets, especially on their home court. Even the teams that beat them had a lot of problems, and we know what to expect. We will see how we approach this game, because we simply do not have time for practices, as we are correcting some mistakes. At the moment we only play and do minimal things during practices, because it is impractical to load players, and then play without energy. What we cannot do physically now, we have to make up for with our strategic and informed decisions on the court. I mean rebounds, keeping the ball, minimizing turnovers, making good decisions. In this regard, we must work. We are preparing, we know that it is difficult both for us and for ASVEL, but this is the EuroLeague, where you have to survive. I hope Janis Timma, who is very important to us, will join us and everything will be fine”.

“On Monday, we lost in the VTB League and now we have to react in a positive way. In the last two or three games we have lost in a fashion where we have been up playing the game and lost. We have to learn from those mistakes, offensively and defensively, and make those adjustments so we can win these games. We have to forget those games in the past, come out there and leave everything on the court. So, we have to go out there and try to win this game. ASVEL Villeurbanne is extremely good at home. They are a very good and a very physical team. They have a lot of freedom offensively; some really good players. We have to be ready to play. We have to try to set the tone right from the jump and maintain our energy with our focus. We can't have lapses of losing our focus, offensively and defensively, giving up easy baskets or having turnovers that lead to easy baskets. We have to play all 40 minutes and I think we should be in a good shape”.

khimkieuroleagueasvelkurtinaitiskramer
Share on FacebookShare on ВконтактеShare on TwitterShare on ОК