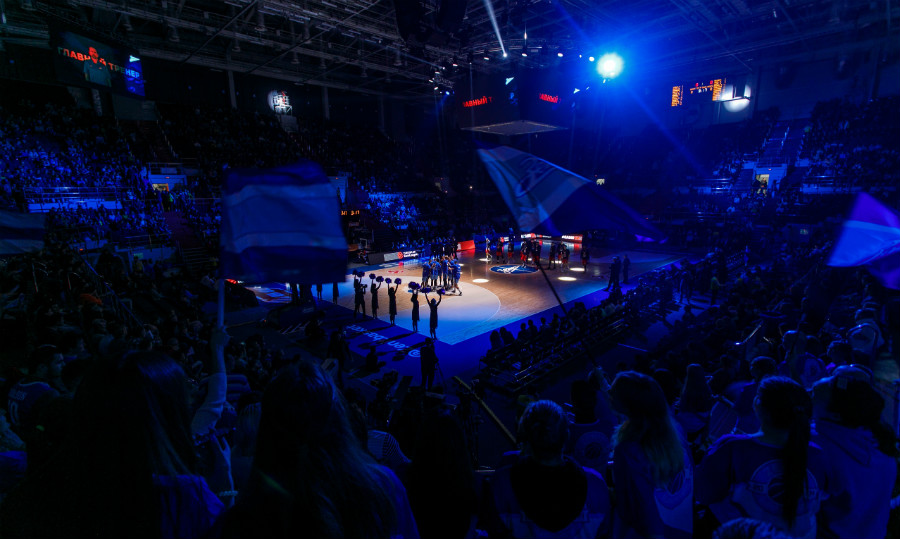 On Thursday, November 7, 2019 Khimki Moscow Region will face Zenit St Petersburg in a EuroLeague round 7 game. The game will be played at Sibur Arena. Tip-off at 20:00 msk.

Khimki forward Janis Timma spent two seasons with Zenit St. Petersburg, from 2015 to 2017, and was a teammate there of current Khimki player Anton Pushkov.

Khimki players Sergey Karasev, Evgeny Valiev and Andrei Desiatnikov all arrived from Zenit this summer. All three grew up with the club and Valiev and Desiatnikov played there since Zenit's start in St Petersburg in 2014. Karasev joined them in 2016. All three played under Coach Joan Plaza last year and were teammates there with Pushkov, Evgeny Voronov, Vladislav Trushkin and Sergei Balashov.

Zenit's Anton Ponkrashov played with Khimki for two seasons, from 2007 to 2009. He was a teammate of Timofey Mozgov and Vyacheslav Zaytsev in the second of those two seasons.

Zenit guard Dmitry Khvostov played two seasons with Khimki from 2011 to 2013. He played under Coach Kurtinaitis, he was a teammate of Mozgov, Monia and Vialtsev and has helped the team win the 2012 EuroCup.

Anton Pushkov also helped Khimki win the 2012 EuroCup title. He was on and off with Khimki for three seasons, from 2010 to 2013 and also played under Coach Kurtinaitis and was a teammate of Mozgov, Monia and Vialtsev.

“Zenit is a good team but they play differently in the EuroLeague and in the VTB United League. I think they struggle in the VTB because of Zubkov’s injury, a very important player for them. But in the EuroLeague they are really good as they managed to beat Zalgiris on the road and played a tight game with CSKA for 32 or 33 minutes. At the moment Ayon, Albicy and Hollins are playing really well. They use Spanish defensive style that is different from other teams, but we are ready for it. As for us, we have practically a full roster, except Vialtsev and Mozgov. Chris Kramer is expected to play; also we will use Stefan Jovic”.

“A lot of teams have been struggling in the beginning of the season; everybody has new players and so do they. I think that, as long as season goes, everything is going to be better. You really have to look at the beginning of the season now and try to get as many wins as you can. I never played against them, but I know they are a good team otherwise they wouldn't be in the EuroLeague, so I expect a tough game. I’m looking forward to travelling to St Petersburg”.

khimkizeniteuroleaguekurtinaitisjerebko
Share on FacebookShare on ВконтактеShare on TwitterShare on ОК