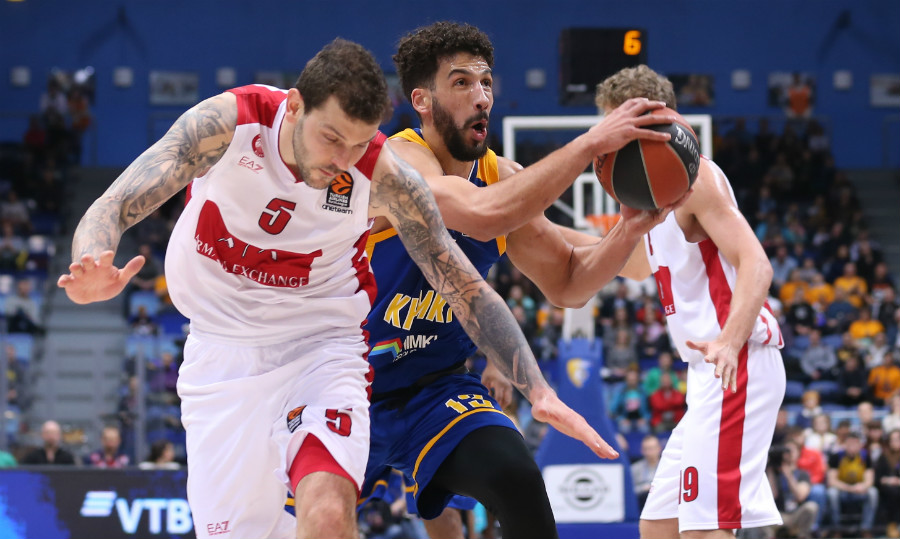 On Thursday, November 14, 2019 Khimki Moscow Region will face AX Armani Exchange Milan, Italy in a EuroLeague round 8 game. The game will be played at Arena Mytishchi, Russia. Tip-off at 20:00 msk. Don't miss!

At the start of his career, Khimki star guard Alexey Shved played under current Milan coach Ettore Messina at CSKA Moscow on and off for three seasons, from 2006 to 2009. They won the EuroLeague title together in 2008 and reached the championship game a year later.

Khimki sharpshooter Dairis Bertans spent the past two seasons with Milan. He was a teammate with several current Milan players.

“On Monday Milan had a similar game to ours with a team from the bottom of the standings, but they won more confidently and without being nervous. At the moment, they are playing with a good tempo and doing a really good job, even they have injury issues with some guys. I think right now Della Valle is one of the best Italian players and coach Messina found an approach to him as he became one of the main players for the team. Overall, Milan is a very strong team that is the current EuroLeague leader, and it is fully deserved. For sure, we have to pay special attention to Luis Scola, who, despite his age, gives energy and generally fit well into the team. Also, Sergio Rodriguez is one of the leaders. He is hard to stop and always plays effectively. He makes the results for his team. Vlado Micov is playing really well right now. Long story short, we are waiting for a tough team that always plays with discipline, no matter at home or on the road. Each player knows and understands what the coach wants, so it will be a very difficult game”.

“It’s gonna be a tough game. We have to play hard and fight, coming out with a win. We play at home and should use it as our advantage. They have a lot of great players, guys I played against, guys who have good reputation, so it won’t be easy for us. We had a messy game on Monday but we will have games like that. We just have to come out, practice, fight and get ready”.

kurtinaitisevanseuroleaguemilankhimki
Share on FacebookShare on ВконтактеShare on TwitterShare on ОК