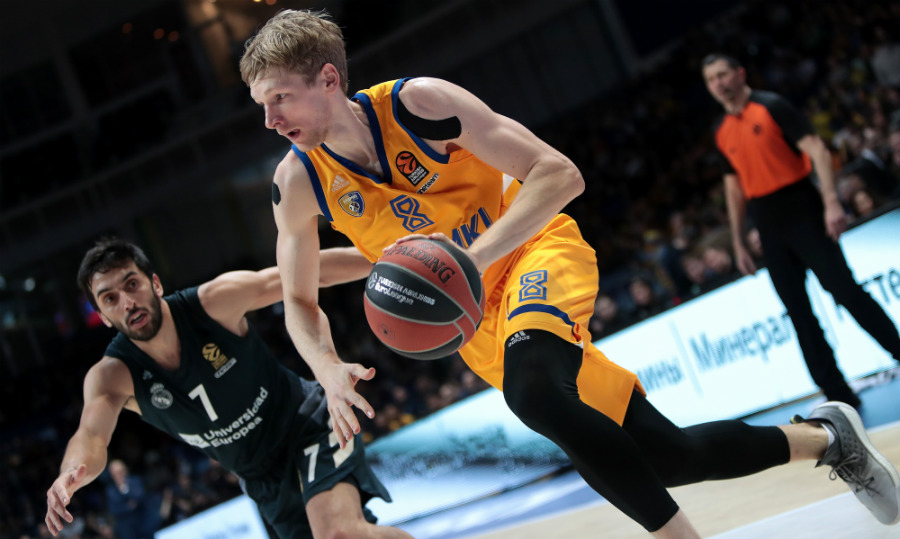 On Tuesday, November 19, 2019 Khimki Moscow Region will face Real Madrid, Spain in a EuroLeague round 9 game. The game will be played in Madrid at WiZink Center. Tip-off at 23:00 msk.

“We will have a difficult trip of two away games in Spain, but we are ready for this. Last time in the double week we beat Panathinaikos, but lost to Crvena Zvezda, losing in energy, and somewhere in concentration. We don’t have enough experience of such double games, but we already know what we are talking about. Everything will depend on our energy and effort, which I always focus on. Real Madrid is a very good team that has not started the season very well, but the last game against Barcelona showed that they are good enough. It will be difficult game. They have big man Tavares, who is not easy to stop, so we will have to think thoroughly how to defend against hi”.

“The are obviously a very strong opponent. They have some legends in European basketball; also, this is a very well-coached team. Great team that is really good at home. We have watched video and will see what we can do offensively and defensively trying to win this game. We played really good the second half in the last game against Milan, but we need to play better defense all 40 minutes that will give us a much better chance to win all these games. We are really good offensive team but if we become a really good defensive team, we’ll be really tough to beat”.

kurtinaitiskramereuroleaguerealkhimki
Share on FacebookShare on ВконтактеShare on TwitterShare on ОК