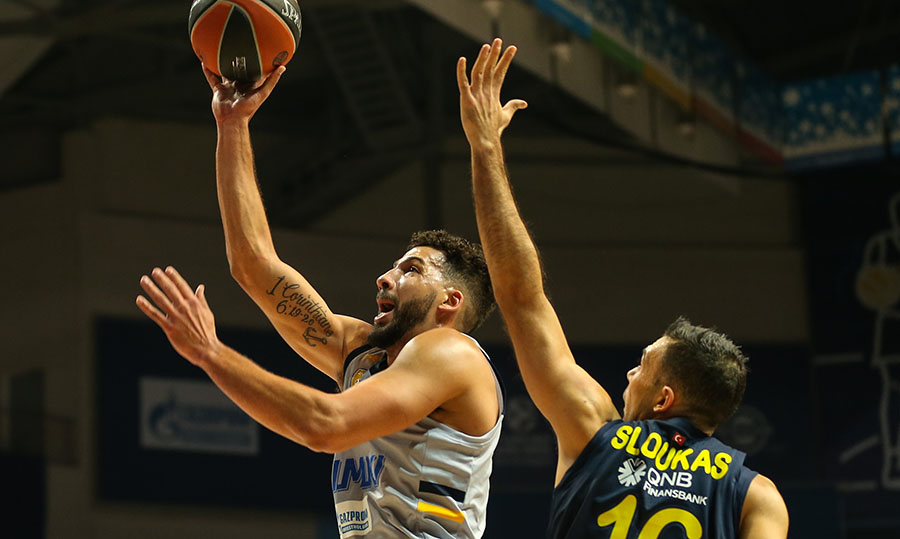 On Thursday, November 28, 2019 Khimki Moscow Region will face Fenerbahce BEKO Istanbul, Turkey in a EuroLeague round 11 game. The game will be played at Ulker Sports and Event Hall. Tip-off at 20:45 msk. Don't miss!

Fenerbahce center Joffrey Lauvergne played at Khimki for the start of the 2014/2015 season, before leaving in February 2015. Khimki went on to win the 7DAYS EuroCup title that season. Lauvergne was a teammate of current Khimki players Egor Vialtsev and Sergey Monia that season.

Fenerbahce forward Nikola Kalinic was a teammate of Khimki's Stefan Jovic at Crvena Zvezda Belgrade for the 2014/2015 season. Kalinic has also been a teammate of Jovic on the Serbian national team. They won silver medals together at the 2016 Summer Olympics in Rio and also at the 2014 Basketball World Cup.

Alexey Shved will miss the game because of back injury. Janis Timma is set to return after two weeks out of action.

“We are preparing for this matchup with our plan but still don’t know Fenerbahce’s final roster for the game. De Colo and Vesely didn’t play the last games, also it’s unknown whether Westermann and Kalinic will play. This creates additional difficulties for us. Anyway, we have prepared. We know how Fenerbahce plays. They had some problems in the beginning of the season but defeated ASVEL Villeurbanne on the road recently, which is not easy because the French team is very strong physically. After these emotions, they look muck better that a couple of weeks ago. Moreover, they play at home in front of their passionate fans, and we know what support the fans give them. They have a great coach Zeljko Obradovic, who squeezes 150 percent of his players’ opportunities. So, it will be a very tough game”.

“We feel pretty good. We lost some games that we should have won but it happens sometimes. We just have to focus on the next game with Fenerbahce. They are a great team. They have a lot of great players, from one to five positions, a lot of great scorers. We just have to focus on defense and cut down their points. It’s not gonna be an easy game but we are looking forward to the challenge. For sure, we have to pay special attention to their top scorers”.

khimkifenerbahceeuroleaguekurtinaitisbooker
Share on FacebookShare on ВконтактеShare on TwitterShare on ОК