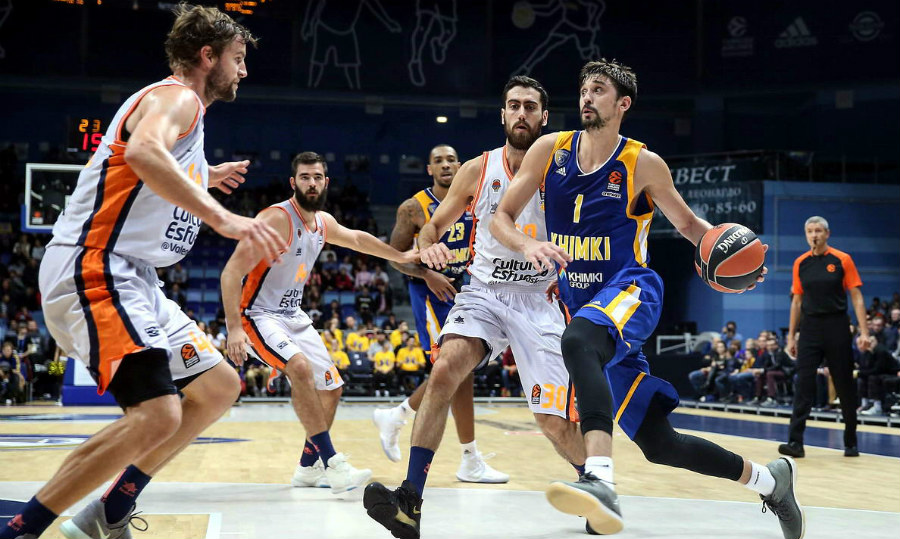 On Thursday, November 21, 2019 Khimki Moscow Region will face Valencia Basket, Spain in a EuroLeague round 10 game. The game will be played in Valencia at La Fonteta. Tip-off at 23:00 msk.

“The game with Real Madrid is already a history. It was one of our worst games of the season. We'll find the reasons but now we are preparing for Valencia. Of course, we will play to win this game; there is no other way for us. Valencia is a dangerous team; we played with them in the EuroCup couple of seasons ago and faced them many times here in Spain. Their fans support them with great passion. They have great perimeter shooters who can score three-pointers. Each player is playing with heart, because Spaniards love basketball. This is the main danger because the talent doesn't always win, but sometimes effort and energy beat talent. Valencia every time is playing one hundred percent. We are very serious about this game because we don't want to lose another point. We have small injury issues and we have to fix this problems”.

“Against Real Madrid we had to play defense. They just overhustled us and did everything better than us in that game. We didn't come ready to play in the first half and they showed that this can happen. We just have to learn from it. We can't have another game like that. We had two games like that this season, one against Crvena Zvezda and the second one against Madrid. We have to be better; we have to be tougher mentally and be ready to play. Now it's a quick turnaround, playing yesterday and tomorrow. We have to be prepared. We have to be ready mentally. The only way you can get through these games is having the right mindset. Now we face Valencia Basket, a great team. Every EuroLeague team is a great team, as I always say, so we have to be prepared from the beginning because they are very talented, they can score a lot of points and have great defense. We just have to be ready”.

kurtinaitiseuroleaguevalenciakhimki
Share on FacebookShare on ВконтактеShare on TwitterShare on ОК