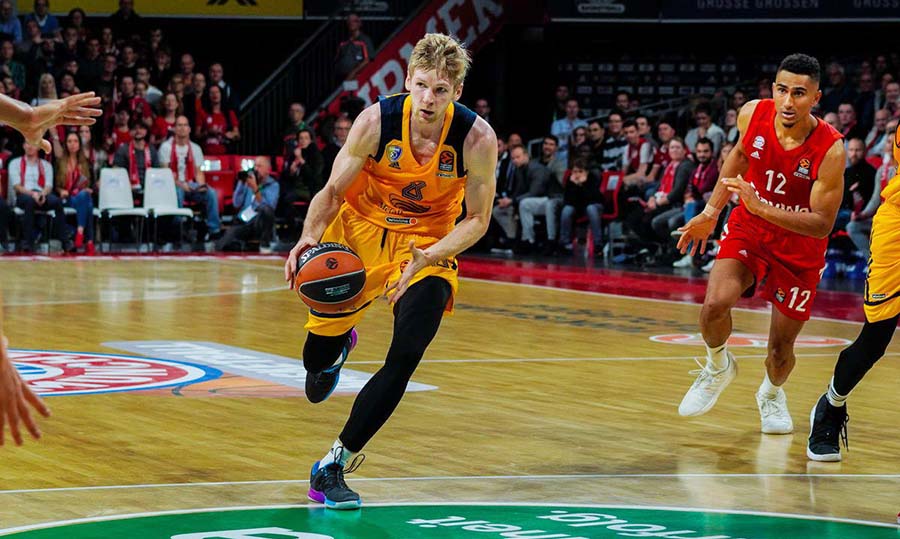 On Friday, December 4, 2020 Khimki Moscow Region will face FC Bayern Munich, Germany in a EuroLeague round 12 game. The game will be played in Munich at Audi Dome. Tip-off at 22:30 msk.

“We have good practices and some players came back from injuries, so now we have a normal rotation. I liked how we practiced before coming to Munich. We must work, endure, wait, and believe in what we are doing. We have a game to play against FC Bayern Munich, a well-organized team led by a well-known coach, Trinchieri. His players keep discipline, play with good energy, so they have an excellent result in the EuroLeague. It is always difficult to play against FC Bayern in Munich, but we have prepared. At the same time, I am more concerned about our team than the opponent”.

“I think we just have to continue to fight. It's a long season, and I think a win would be big for our confidence and will help put us on the right track. We just have to keep fighting. We are playing a strong team that has had a lot of success in the EuroLeague so far. It will be a difficult match. They are a well-coached team with discipline. They play good defense and they are a team that we know that would be fully prepared for us. And it makes it difficult. They are a team that hustles, plays hard, active defensively. I think we just got to make sure that we stay disciplined, play good defense, and stay together as a team. Sometimes there will be points in the game when we'll be up or down but we have to stay together”.

khimkibayernkurtinaitismccollumeuroleague
Share on FacebookShare on ВконтактеShare on TwitterShare on ОК