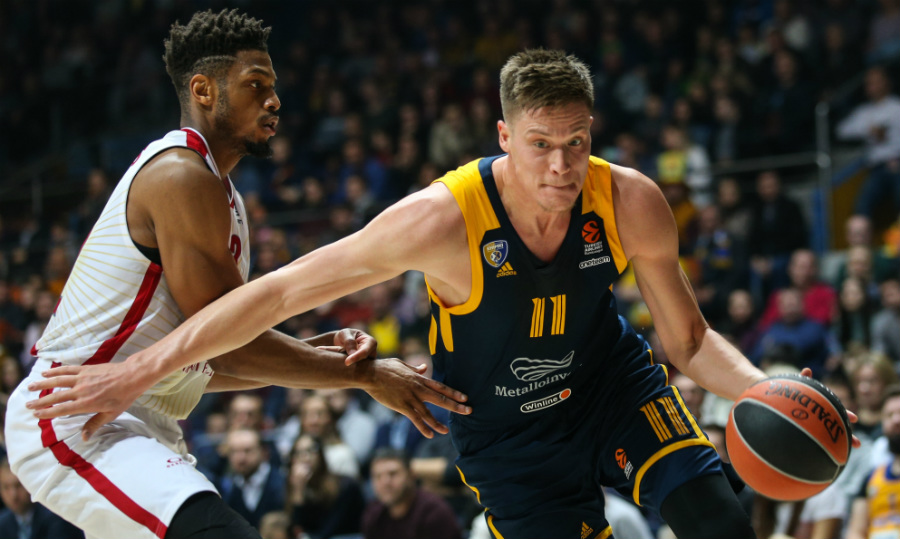 On Tuesday, December 8, 2020 Khimki Moscow Region will face AX Armani Exchange Milan, Italy in a EuroLeague round 8 game. The game will be played at Arena Mytishchi, Russia. Tip-off at 18:30 msk.

“For sure, it will be a tough game. At the moment, Milan is playing well, even they lost to Panathinaikos last week. They play with ease; they play an American type of basketball with good three-point shooters on the arc. But we have worked hard and even though we lost to FC Bayern Munich recently, the quality of our game was not bad. We are practicing well and now we are ready to fight like we did last season.”.

“I played only one game and now I feel okay. I really enjoyed the last game. I was out of the court for a long time; I missed my teammates, practices, many games. I hope I will be okay and play till the end of the season. In this situation for us, it's a very important moment to start to play because this is the first time since the beginning of the season when we are all together; all players are healthy. I hope, we'll start to play like last season. I expect a tough game tomorrow because Milan is a special team, a very good team. They have good players. It will be a tough game for us”.

euroleaguekhimkimilankurtinaitisjovic
Share on FacebookShare on ВконтактеShare on TwitterShare on ОК