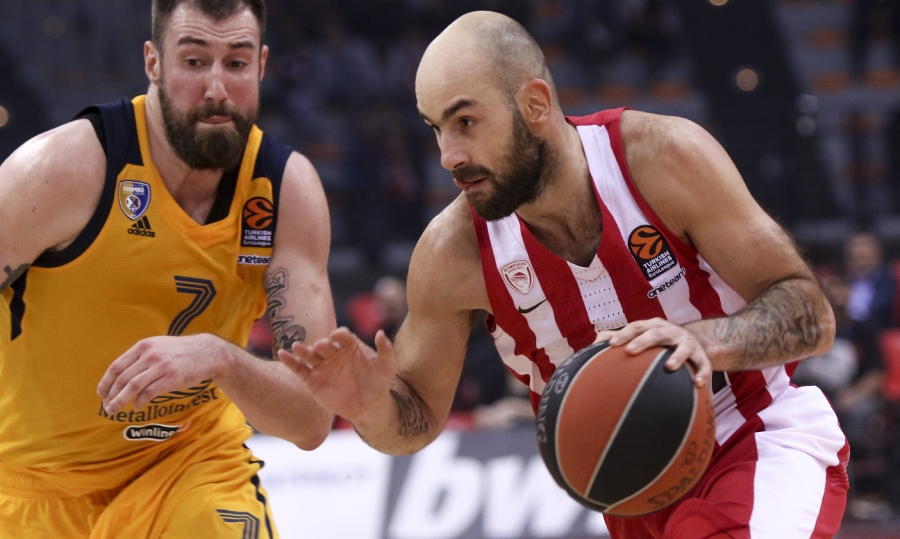 On Tuesday, December 29, 2020 Khimki Moscow Region will face Olympiacos Piraeus, Greece in a EuroLeague round 17 game. The game will be played at Mytishchi Arena. Tip-off at 20:00 msk.

Georgios Bartzokas and his coaching staff worked in Khimki from 2017 to 2019.

Khimki forward Janis Timma played for Olympiacos during the first part of season 2018/2019 before being loaned to Khimki.

“The recent win over Parma Perm [in VTB United League] gave us confidence because the last month was very difficult for us. However, Olympiacos is a team of a different level, and the game will not be easy. We are slowly going up the hill. I think everything should be fine. Olympiacos plays only in the EuroLeague, so sometimes it alternates successful games with not very successful ones. They have injured and ill players, we also have micro-injuries. Olympiacos is a good team with a good coach that has a lot of experience in the EuroLeague, as well as a stable position in the tournament. The game will be difficult”.

“Olympiacos is primarily associated with Spanoulis, who, along with Sloukas, plays a lot of pick-and-rolls with their bigs. We need to play very well on pick-n-rolls in defense, plus they play a lot of changes in their defense, so it will be necessary to read and find a free player. We are playing at our home court and must take the last game of the year. We have to share the ball, play for each other, and I hope we will score our shots”.

euroleaguekhimkiolympiacoskurtinaitiskarasev
Share on FacebookShare on ВконтактеShare on TwitterShare on ОК