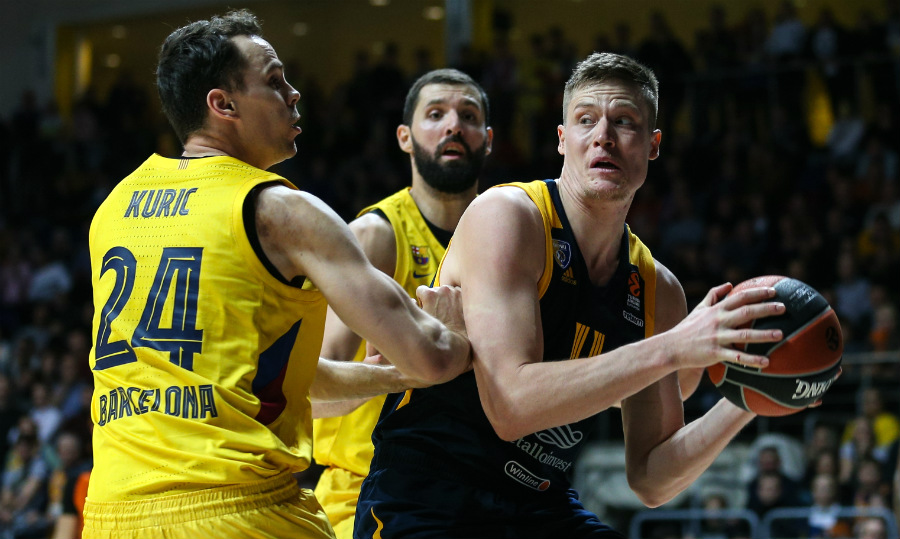 On Wednesday, December 16, 2020 Khimki Moscow Region will face FC Barcelona, Spain in a EuroLeague round 14 game. The game will be played at Palau Blaugrana, Spain. Tip-off at 21:00 msk.

“FC Barcelona is a good team, the leader of the EuroLeague and one of the contenders for the title. They have not just a good, but probably the best selection of players in the whole of Europe. They are playing in this squad for the second year, and they also have a good coach, Jasikevicius, who rallied the whole team. He has invested both individual skill and discipline in the team, which is reflected in the results. We have nothing to lose, we have prepared for the game. We'll see how things turn out in the end”.

“They are a great team. A great club. Good coach. They start everything from the defense, so it's gonna be tough for us. But I think we can get the job done. We have a great group of guys going, motivated, and ready to get a win. That's what we plan to do”.

euroleaguekhimkibarcelonakurtinaitisbooker
Share on FacebookShare on ВконтактеShare on TwitterShare on ОК