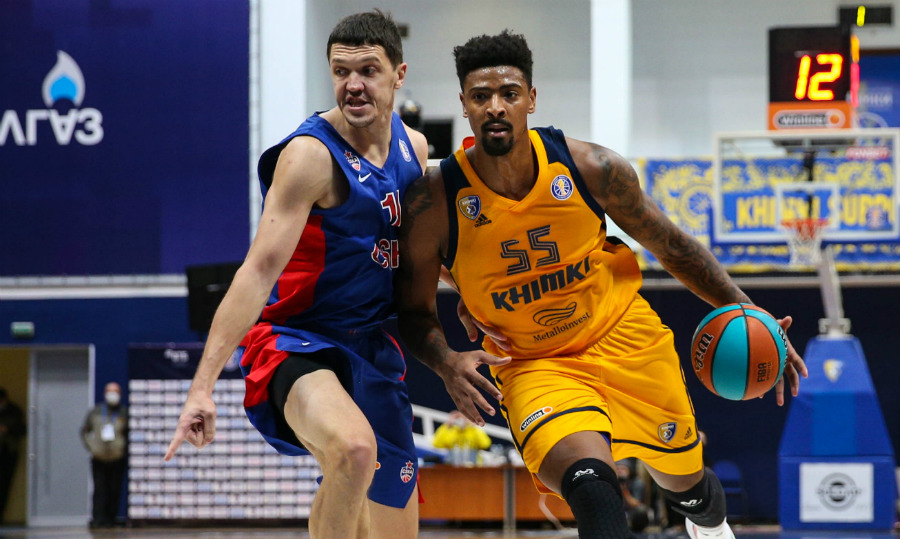 On Friday, December 11, 2020 Khimki Moscow Region will face CSKA Moscow, Russia in a EuroLeague round 13 game. The game will be played at Arena Mytishchi, Russia. Tip-off at 20:00 msk.

“We prepare for all games and for all teams the same way. Some games are successful, others are not, but the mood for CSKA is usually good. The game will be difficult, but we are ready. CSKA has very strong players individually, who decide the games in key moments, I mean Clyburn, James, and Shengelia. CSKA has specific combinations for these players that reveal their strengths. They have good players who work in defense and do a lot of useful work, like Kurbanov. They have a powerful force under the hoop with Milutinov. In short, they are a well-equipped team, and for us, it's a big challenge to play against them”.

“It's one of my favorite games of the year. Playing against CSKA is always tough. It's a derby. It means a lot for our club, and for their club also. So, it's a big game for us. We won the last game [in the VTB League], so we have to go out and try to do it again. This game also means a lot to us. We are rivals in the city, we want to win and prove we are a better team. We just have to play good defense because CSKA is a very good team. They can score from all over but we know we've got weapons too. So, for us, it starts with the defense, and then our offense will take care of itself”.

euroleaguekhimkicskakurtinaitisjerebko
Share on FacebookShare on ВконтактеShare on TwitterShare on ОК