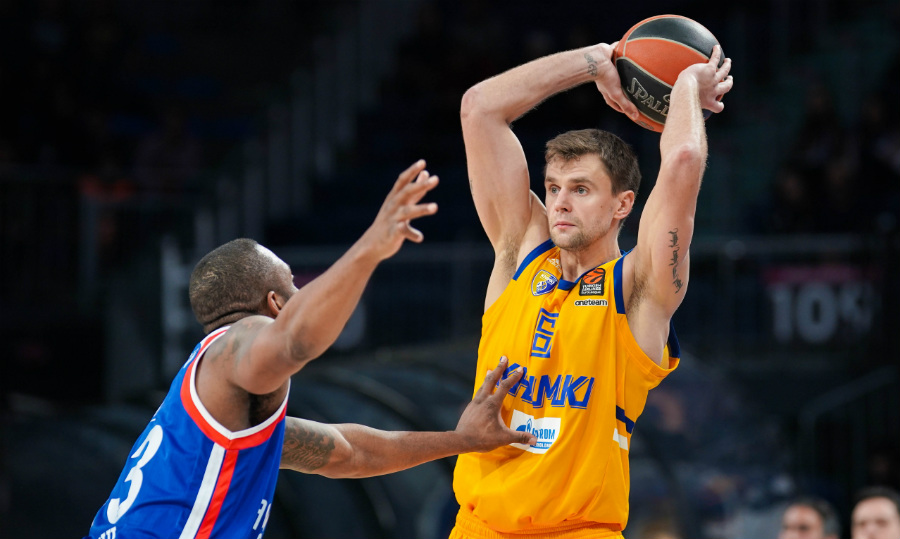 On Friday, January 3, 2020 Khimki Moscow Region will face Anadolu Efes Istanbul, Turkey in a EuroLeague round 17 game. The game will be played in Istanbul at Sinan Erdem Dome. Tip-off at 20:30 msk.

Alexey Shved will not play against Efes because he has the flu.

Alexey Shved and Shane Larkin were teammates in New York Knicks in 2015.

Janis Timma and Rodrigue Beaubois were teammates at Baskonia Vitoria-Gasteiz in the 2017/2018 season.

Vasilije Micic and Stefan Jovic were teammates during the 2015/2016 season at Crvena Zvezda mts Belgrade. They are also teammates with the Serbian national team.

“These days we had certain health issues as a lot of players in the team, both players and staff, had the flu, so we decided to go to Istanbul without Alexey Shved, who just did not recover and did not spend a single week practicing. He's played the last two games with a flu virus, and now he's just not ready. Jonas Jerebko was also ill for a week. In general, the team is set up normally. We gave the guys a couple of days off, which we haven't had in the last six weeks. We know how well Anadolu Efes is playing, especially at home. This is a great team with the same basketball players for the second season in a row, only Singleton came in. Everyone feels good about each other; Larkin and Micic are in a good shape. We expect a good and tough game”.

“Anadolu Efes is a very serious team, last year's EuroLeague finalist. They almost kept the same roster from last season and strengthened in the offseason. This season, they are playing very well, show good basketball, especially in Turkey, where it will be a very difficult game. However we go to Istanbul with the idea of the win and set up ourselves for a good fight”.

khimkieuroleagueanadoluefeskurtinaitiskarasev
Share on FacebookShare on ВконтактеShare on TwitterShare on ОК