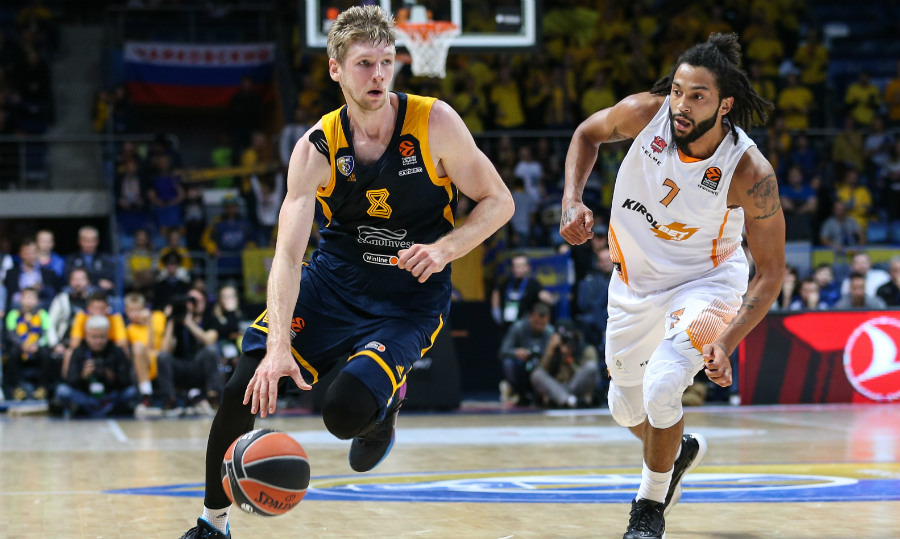 On Thursday, January 23, 2020 Khimki Moscow Region will face KIROLBET Baskonia Vitoria-Gasteiz, Spain in a EuroLeague round 21 game. The game will be played in Vitoria-Gasteiz at Buesa Arena. Tip-off at 23:00 msk.

Janis Timma made his EuroLeague debut with Baskonia during the 2017/2018 season. He was a teammate of current Baskonia players Patricio Garino, Ilimane Diop, Jayson Granger, Matt Janning, Tornike Shengelia and Luca Vildoza.

“We have to play to win, and we are preparing the team for this, first of all psychologically. Of course, Baskonia is a tough opponent. With the coming of Dusko Ivanovic, they started to play well in defense, and in the last game they beat Real Madrid in the Spanish League. Nevertheless, we have nowhere to retreat, we will play to win. Baskonia plays with very good energy all forty minutes and fights till the end. With the new coach, they have become even tougher, because Dusko is known for his toughness and strong practices, which allows players to be in good conditions. Also, Baskonia is a Spanish team, and Spanish basketball means fast basketball. It is not necessary to look at the standings; each game should be set up separately as the most important and decisive one, so we must be as concentrated as possible”.

“We are really looking forward to this game. It’s gonna be a tough game for us but we had two good wins [last week] and have to carry that over. We can’t just be one of those teams who beat the good teams and comes down to everybody else without playing well. We just have to be focused from the beginning, be ready to play and I think we’ll be okay. Baskonia is a tough team. They have a lot of guys who play hard and tough. They have a tough coach and we know their style of play, so we just have to be ready. Hopefully we’ll do our best out there. I played at Buesa Arena once in my life and it was a good game. They have some good fans; everybody was cheering”.

khimkibaskoniaeuroleaguegillkurtinaitis
Share on FacebookShare on ВконтактеShare on TwitterShare on ОК