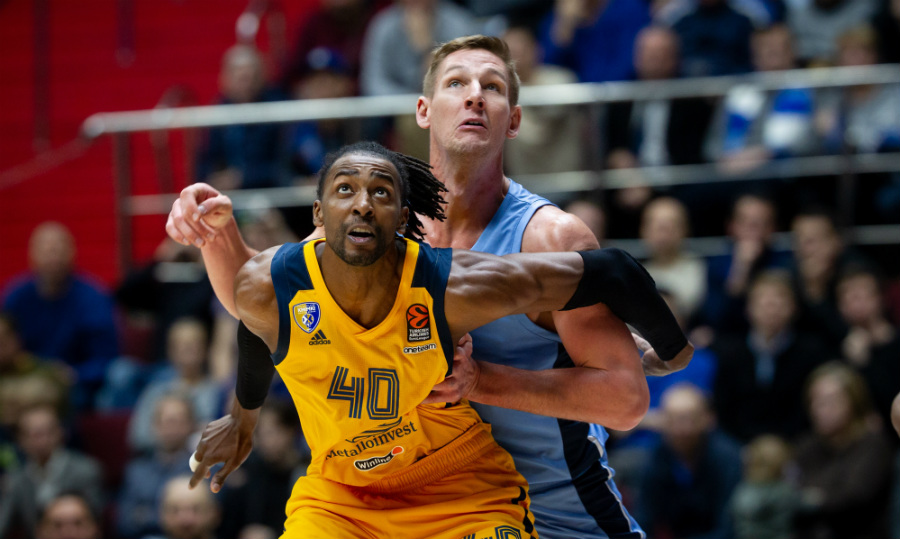 On Friday, January 10, 2020 Khimki Moscow Region will face Zenit St Petersburg in a EuroLeague round 18 game. The game will be played in Mytishchi at Mytishchi Arena. Tip-off at 20:00 msk.

Khimki forward Janis Timma spent two seasons with Zenit St. Petersburg, from 2015 to 2017, and was a teammate there of current Khimki player Anton Pushkov.

Khimki players Sergey Karasev and Andrei Desiatnikov arrived from Zenit this summer. They grew up with the club and Desiatnikov played there since Zenit's start in St Petersburg in 2014. Karasev joined them in 2016.

Zenit's Anton Ponkrashov played with Khimki for two seasons, from 2007 to 2009. He was a teammate of Timofey Mozgov and Vyacheslav Zaytsev in the second of those two seasons.

Zenit guard Dmitry Khvostov played two seasons with Khimki from 2011 to 2013. He played under Coach Kurtinaitis, he was a teammate of Mozgov, Monia and Vialtsev and has helped the team win the 2012 EuroCup.

Anton Pushkov also helped Khimki win the 2012 EuroCup title. He was on and off with Khimki for three seasons, from 2010 to 2013 and also played under Coach Kurtinaitis and was a teammate of Mozgov, Monia and Vialtsev.

Zenit playmaker Alex Renfroe and Khimki big man Devin Booker were teammates at FC Bayern Munich for the first part of the 2016/2017 season.

“Zenit lost Ayon because of injury, but we also have problems with Anthony Gill, a very important and useful player for us, who was injured in the last game. Nothing can be done, as many teams have injury issues at the moment. We are preparing for this game in normal mode. Zenit is playing well right now. They were close to winning the game against Milan, also Zubkov returned after injury, and now they are very dangerous. This season we beat them twice on the road, but that doesn’t mean anything. The upcoming game is very important for us, we are waiting for a difficult matchup. After the victory over CSKA, the main thing for us is not to calm down, but to prepare for Zenit in a proper way”.

“We got a good win over CSKA recently, but this is in the past. Now we are preparing for Zenit, which we have already met this season. Of course, they will change something from the last time, especially since they have Ayon out due to injury, and at the moment it is difficult to say what kind of game they will play. This team has players who can replace Ayon and take the initiative more on themselves to score his points. They have experienced players who can score, so we do not need to rely on the fact that without Ayon they will not be able to do something. So, we are preparing for Zenit as a very serious opponent”.

khimkizeniteuroleaguekurtinaitistimma
Share on FacebookShare on ВконтактеShare on TwitterShare on ОК