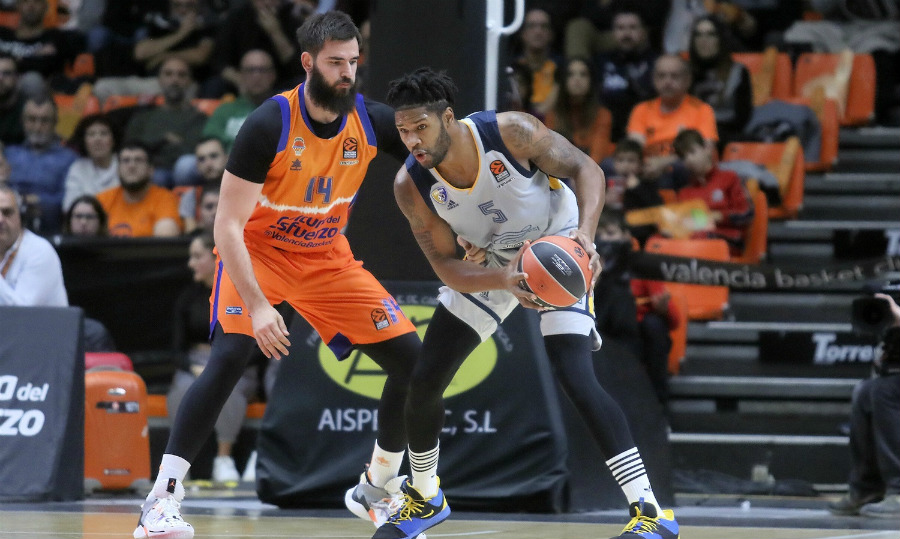 On Tuesday, January 14, 2020 Khimki Moscow Region will face Valencia Basket, Spain in a EuroLeague round 19 game. The game will be played in Mytishchi at Mytishchi Arena. Tip-off at 20:00 msk.

“Valencia has players with ambitions who want to show their best. They play with desire, great effort and fights all forty minutes. They play with maximum dedication both at home and on the road, so if you underestimate them and show weakness, immediately there will be problems, as we had after the game with CSKA [in VTB League]. Three days after one of the best games of the season, we were completely different in terms of attitude to individual training, mood, fighting spirit, which ruined us. We watched a lot of video, discussed what could be improved. I think we will draw conclusions and play together as a team. This is our main goal”.

“We watched the video after our first game in Valencia, having drawn special attention to our defense because sometimes we have defensive problems. If we play bad defense, we will be in a trouble every time. Valencia has Spanish defense, like our recent opponent Zenit St Petersburg. We payed attention to our defense on low post, on pick and rolls, what is good, what is bad. We have to recover, prepare our body, both physically and psychologically trying to be better than last game because we want to protect our home court and win”.

kurtinaitiseuroleaguevalenciakhimkijovic
Share on FacebookShare on ВконтактеShare on TwitterShare on ОК