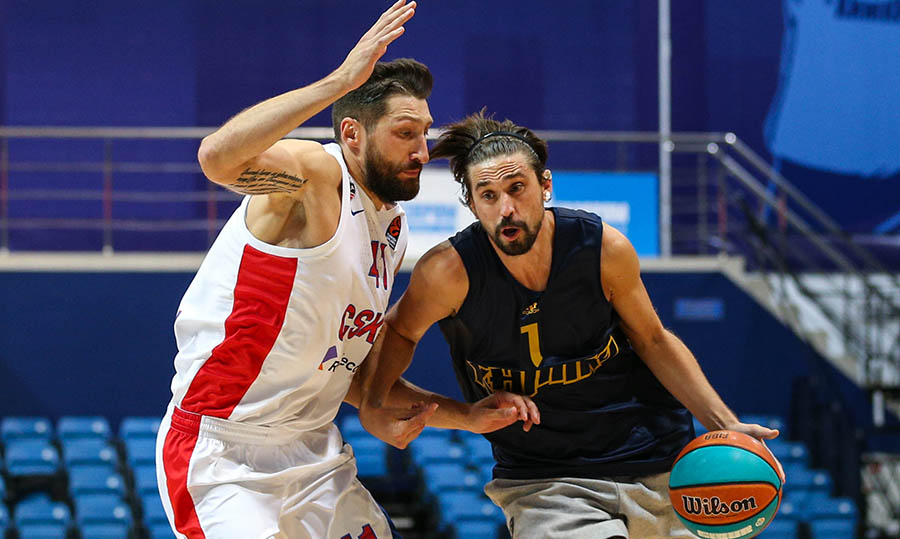 Khimki Moscow Region lost to CSKA Moscow in a first 2020 preseason game, held in Khimki (BC MR). The next one will be played on Monday, September 7, 2020 in Moscow.

“Right now we have only seven players from the first team, the rest are from the second one. We also have technical problems, since Mickey and Monroe haven't arrived yet. We are not in the best shape yet and we are not even talking about basketball: we are just an incomplete team. As for the game, it was good. We played against CSKA, the EuroLeague champion. I think this year they have the best squad for the last thirty years, because all the players are well selected, they are a tall, physically strong and well-organized team. It was tough, but we fought and tried. We have problems, and we will work on these problems. We don't have a lot of experience in team practices yet, so we make a lot of mistakes, which usually doesn't happen. However, I don't make a disaster out of it. There are still three weeks before the start of the season, and I hope we will eliminate these shortcomings”.

kurtinaitiskarasev
Share on FacebookShare on ВконтактеShare on TwitterShare on ОК