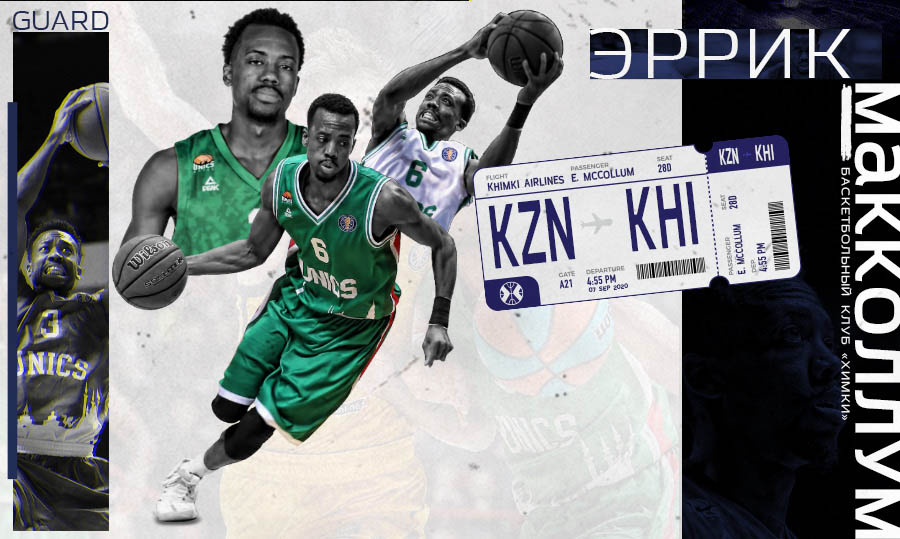 “McCollum has plenty of experience having played very well for both Anadolu Efes and UNICS Kazan. We really needed a point guard. We were looking for a player in this position all summer and eventually opted for Errick. He knows VTB United League and EuroLeague well. He is an all-around player who can score himself and pass the ball. I think he will reach his best with his new teammates”.

“Throughout my time in Russia I've heard good things about Khimki as organization. I enjoyed my time in UNICS but my core things sometimes may come to an end and I needed a change. I think Khimki is a perfect change for me. This is a great organization that plays in the EuroLeague; it had a lot of success in the VTB League. The team has a good coach and a good system. For me it's an opportunity to compete for championships as a player that is the very thing you want to play at the highest level. We have a roster with talent. So this is an opportunity I couldn't pass up. I believe we can make some special things”.

mccollum
Share on FacebookShare on ВконтактеShare on TwitterShare on ОК