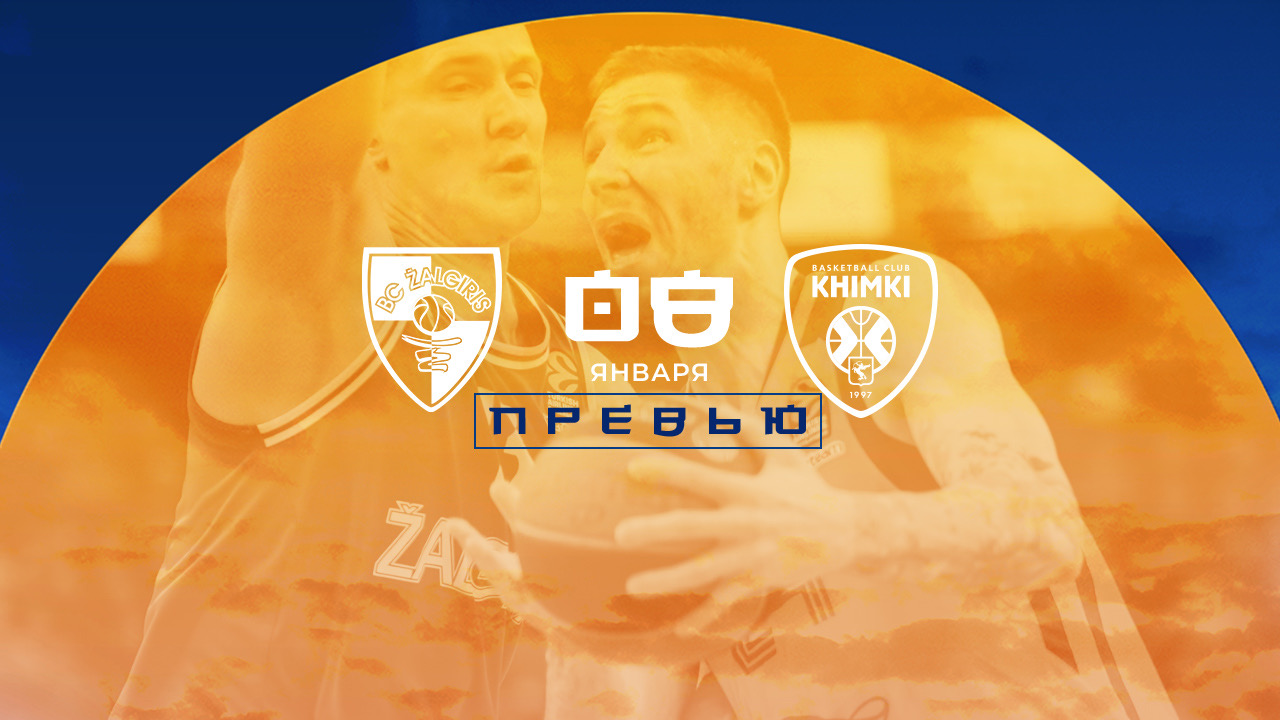 On Friday, January 8, 2021 Khimki Moscow Region will face Zalgiris Kaunas in a EuroLeague round 18 game. The game will be played at Zalgirio Arena, Lithuania. Tip-off at 21:00 msk.

Zalgiris forward Paulius Jankunas has played his entire professional career with Zalgiris except for the 2009/2010 campaign, which he spent with Khimki. He was a teammate of Vyacheslav Zaytsev that season.

Zalgiris big man Joffrey Lauvergne played at Khimki for the start of the 2014/2015 season, before leaving in February 2015. Khimki went on to win the 7DAYS EuroCup title that season. Lauvergne was a teammate of current Khimki players Egor Vyaltsev and Sergey Monia that season.

Janis Timma and Patricio Garino were teammates and made their EuroLeague debuts with Baskonia Vitoria-Gasteiz during the 2017/2018 season.

“Right now, Zalgiris is on a good wave. This team is playing freely and shows good offensive-minded basketball; they patiently play the ball to the right player, regardless of whether they scored or not, so they often find a free player. This is very good, because in the offense, as I said, they show patience, and also wait for the opponent's mistakes in defense, as a result of which they immediately punish for it. We know their style, they know our style. In the first game, we could not give them a fight, as we did not have a full squad. Now there are also problems, but compared to the beginning of the season, we are in better physical shape and have been training with a full roster for about a month. We remember how tough it is always to play in Kaunas. One of the factors in favor of Zalgiris was their fans, but now this factor is being removed. However, at home, Zalgiris always plays strongly, so for us, it won't be easy”.

“Zalgiris is a good team that plays fast aggressive basketball. They are particularly dangerous at home, but we will do our best and try to win this game. The main thing is to give one hundred percent on the court and show maximum effort”.

euroleaguekhimkizalgiriskurtinaitisvoronov
Share on FacebookShare on ВконтактеShare on TwitterShare on ОК