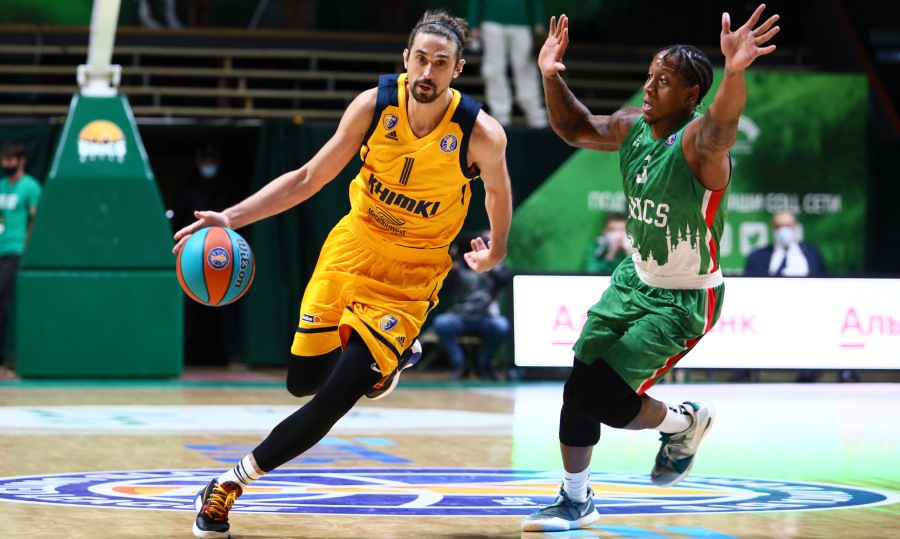 On Sunday, January 17, 2021 Khimki Moscow Region will face UNICS Kazan in a VTB United League regular season game. It will be played in Basketball Center of Moscow Region. Tip-off at 15:00 msk.

“UNICS is a strong team that likes to play fast. They have an experienced coach who has chosen the players according to their system, according to their style, which they now play. There are good Russian guys who can score: Sergeev, Kolesnikov, Zhbanov, Antipov. At the same time, a big role is assigned to foreigners: they play a lot of isolations and pick-and-rolls to get mismatch situations. Basically, more of a one-on-one game. UNICS is not a tall team, but, again, quite fast and sharp, capable of “biting”. We played the first round game with a slightly different roster, but now the situation has changed. Like us, UNICS plays in the European tournament, for them it is the EuroCup, where they played a number of good games. On the other hand, fatigue from difficult flights probably affects, from which everyone now suffers. In this game, desire will come first, because in any team, a change of coach is a certain shake-up. I hope all the guys understand this, and it is simply impossible to change something after one practice. So far, the general line remains the same, but the emphasis will be shifted in a number of points. At the same time, the key is still the rebounds, as in the first game we lost rebounding”.

vtbleaguekhimkiunicsmaltsev
Share on FacebookShare on ВконтактеShare on TwitterShare on ОК