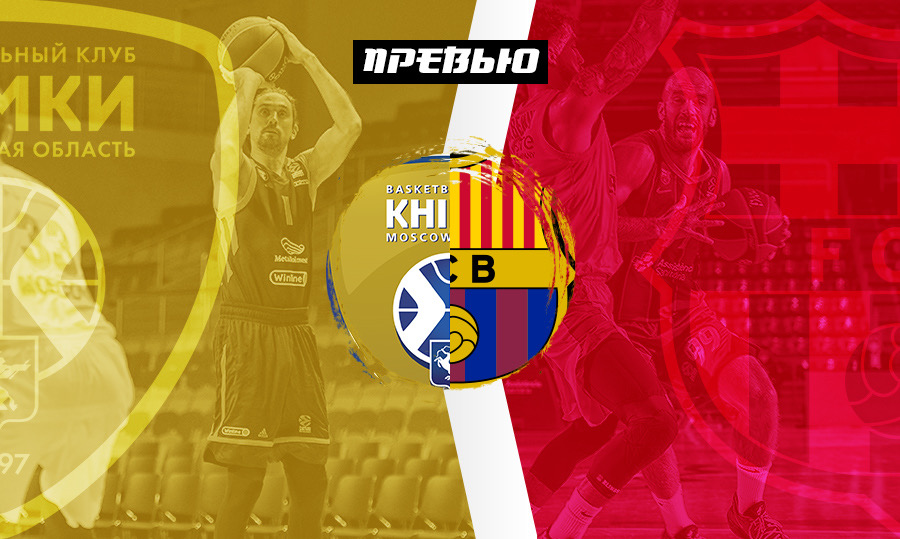 On Tuesday, January 12, 2021 Khimki Moscow Region will face FC Barcelona, Spain in a EuroLeague round 19 game. The game will be played at Mytishchi Arena. Tip-off at 20:00 msk.

Victor Claver played for Khimki at the end of the 2014/2015 season, but was not registered and did not help the team win the EuroCup. He was also a teammate of Sergey Monia and Egor Vyaltsev.

“FC Barcelona has problems with injuries and it is still unclear about their roster for the game. I know their coach and their playing style very well. This season FC Barcelona is playing well, they have 12 players of the same level and even if someone is out of action, the loss is not particularly noticeable. This is one of the leading EuroLeague teams and one of the contenders to win the title, so the game will be difficult. However, before any game, the chances are 50-50. A lot will depend on our effort on the court: what will be the effort, this will be the result”.

“We have a lot of losses and this is not the result that we originally expected. At the same time, in no case we should give up. It is clear that in the EuroLeague it is more difficult for us and there is almost no chance of clinching the playoff spot, but we will fight no matter what. We need to take our games and play through the pain, through the teeth, one for all and all for one. Now we face FC Barcelona, a team that plays great defense. They have a very good roster and a great coach. We showed a good game in Barcelona, fought and had chances until the last minutes. At home, we have to give everything, show great effort, move the ball well and play team basketball, then we will have chances”.

euroleaguekhimkibarcelonakurtinaitiskarasev
Share on FacebookShare on ВконтактеShare on TwitterShare on ОК