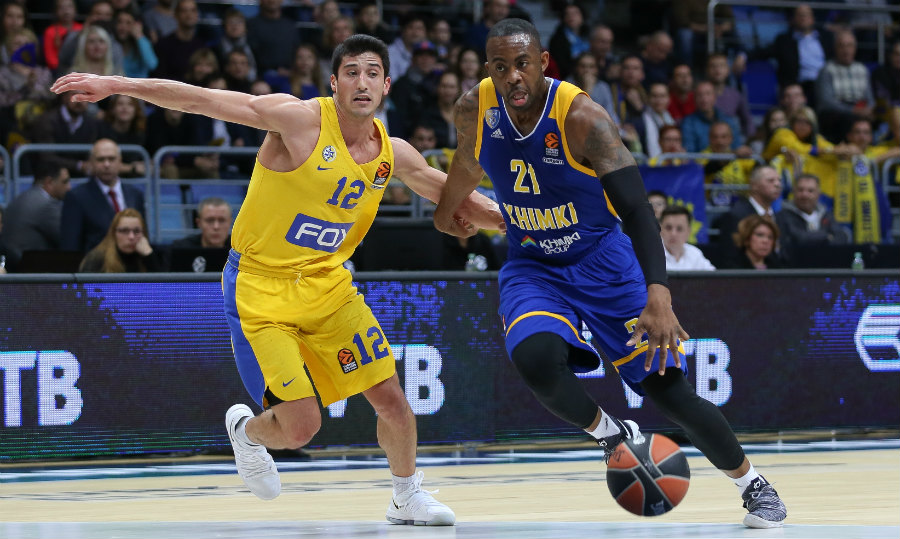 BC Khimki left to Tel Aviv, Israel to face Maccabi on the road. The game will be played at Menora Mivtachim Arena on Thursday, March 15, 2018. Tip-off at 22:05 msk. Watch LIVE at Match! Arena, Sportbox.ru and EuroLeague TV.

BC Khimki recorded its EuroLeague club record with 11 blocks against Maccabi in January 2013.

BC Khimki center Malcolm Thomas played at Maccabi for part of the 2012/2013 season; he made his EuroLeague debut there and was a teammate of current Maccabi big man Itay Segev.

“Right now, everybody is fighting for their own reasons. Like us, Maccabi is fighting for the playoffs spot. This is a typical pace team, a rhythm team, that ranks first in transition in the EuroLeague. Obviously, we have to control the game through important things like rebounding and having good execution without turnovers. Also, we have to try to adjust because it’s about their arena that is bringing enthusiasm to this team on and around the court. We need to cool down the rhythm through our good decisions during the game”.

“It’s a big game for us, trying to get back on track in the EuroLeague. They beat us here in Russia early in a year, so it’s going to be a good win for us. As far as going back [to Tel Aviv], I’m excited to go back to the place I started playing in Europe. That atmosphere will never leave my mind because they have some of the greatest fans in Europe. It gonna feel good for me”.
Share on FacebookShare on ВконтактеShare on TwitterShare on ОК