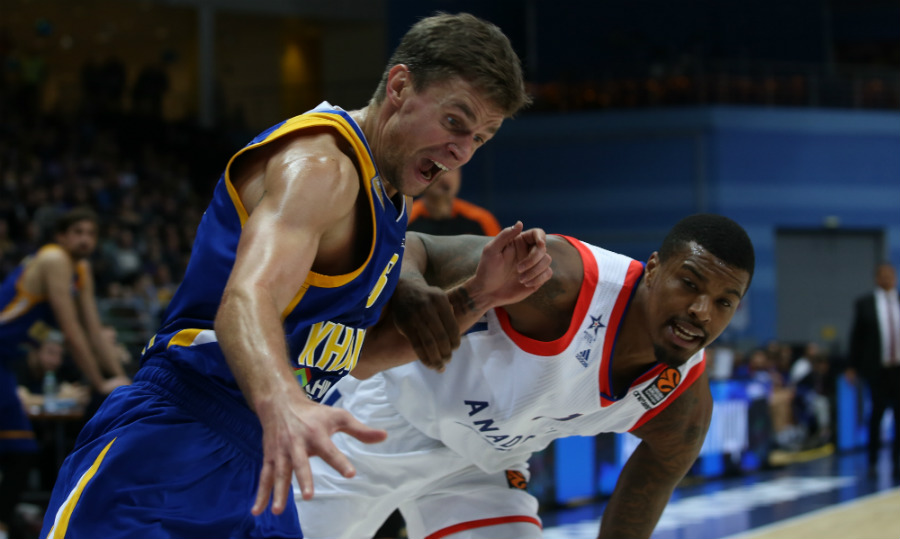 BC Khimki left to Istanbul, Turkey to face Anadolu Efes on the road. The game will be played at Sinan Erdem Dome on Wednesday, March 21, 2018. Tip-off at 20:45 msk. Watch LIVE at Match! Nash Sport, Sportbox.ru and EuroLeague TV.

Efes guard Krunoslav Simon and BC Khimki forward Andrey Zubkov were teammates at Lokomotiv Kuban Krasnodar during the 2014/2015 campaign.

Efes guard Zoran Dragic played at BC Khimki during the 2015/2016 season; he was a teammate of current BC Khimki players Tyler Honeycutt, Sergey Monya, Ruslan Pateev, Marko Todorovic, Egor Vyaltsev and Alexey Shved.

“First of all, let’s keep on approaching every game at a time. Right now, EuroLeague shows that the teams without any possibilities for playoffs qualification like Milan against us, like FC Barcelona against Olympiacos away, can be the examples how they play with motivation because EuroLeague is a high-level and quality contest where everybody wants to play well. At the same time, they don’t have pressure. It’s gonna be a difficult game for us. We have four finals until the end, and we need to fight in every game. It’s about this, about fighting, not about anything else. Right now, we have a good number of victories in the EuroLeague but this number doesn’t give us the play-offs spot. We need to do some more. Since our first game, Anadolu Efes added two ex-NBA players, and of course, they added talent and potential. But it’s not about this, it’s about an away game and we need to approach it like every game, I mean watching every possession, offense by offense, defense by defense. As I’ve said, it just about fighting. We need to fight and at the end of the regular season we’ll see what we’ve achieved. We are preparing our team for a difficult game. That’s it”.

“We need this win, and it doesn’t matter that Anadolu Efes is holding the last position in the standings. Having a great roster, they deserve a higher spot. They added Sonny Weems recently, who is a well-known ex-CSKA player, a great forward. I think it’s going to be a very hard game, taking into consideration the fact it’s an away game for us. We have to be serious and show the proper attitude, also we need this win very much, at any cost, because after Efes we’ll have three very tough opponents in CKSA, Fenerbahce and Barcelona away”.
Share on FacebookShare on ВконтактеShare on TwitterShare on ОК