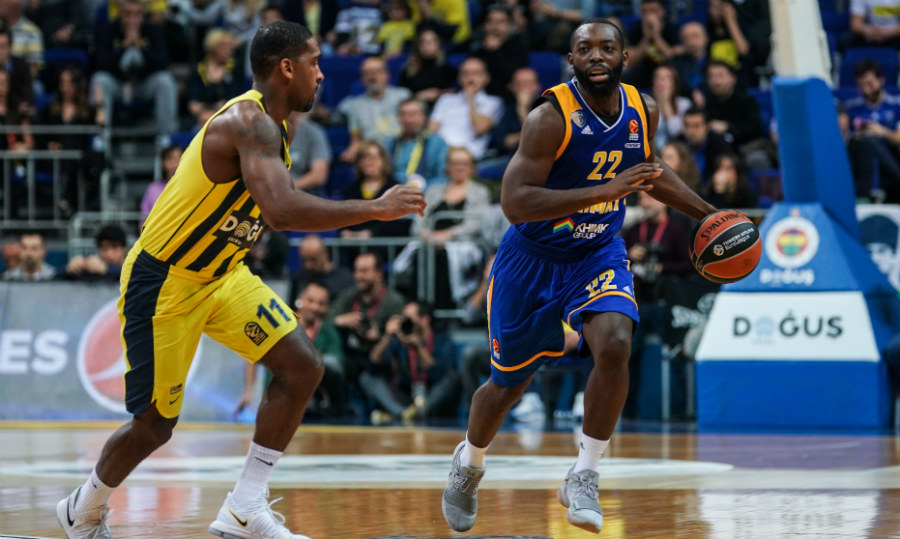 On Thursday, March 29, 2018 BC Khimki will face Fenerbahce Dogus Istanbul, Turkey in a EuroLeague round 29 game. The game will be played at Mytishchi Arena. Tip-off at 18:45 msk. Don't miss!

Fenerbahce guard Kostas Sloukas played under Coach Georgios Bartokas for two seasons at Olympiacos Piraeus. In the first of those two seasons they won the 2013 EuroLeague.

Brad Wanamaker of Fenerbahce and James Anderson of BC Khimki were teammates at Darussafaka Istanbul last season.

“This is a very strong defensive team with a lot of talent that is ranking second in the EuroLeague standings. They will have big motivation in this game. We have to overcome our problems with injured players that we lost. We see, what is going to happen with Honeycutt. At the same time, Anderson, Zubkov and Sokolov will be out for sure. Of course, we need to defend well because they have a lot of options in their offense, and of course, very good direction from the bench. We need to have more than three or four players with a good night and show a really good performance to win this game”.

“Fenerbahce’s play is similar to CSKA. It’s a very disciplined team with a great coach; the reigning EuroLeague champion, which speaks for itself. What should we do to beat them? We have to play with discipline, show good execution, stick to the game plan and not to allow downs, because with such teams it may cost you everything. If you let them go by 10 or 15 points ahead, you lost. Hopefully, we’ll have good scouting and play how exactly we want”.

khimkieuroleaguefenerbahce
Share on FacebookShare on ВконтактеShare on TwitterShare on ОК