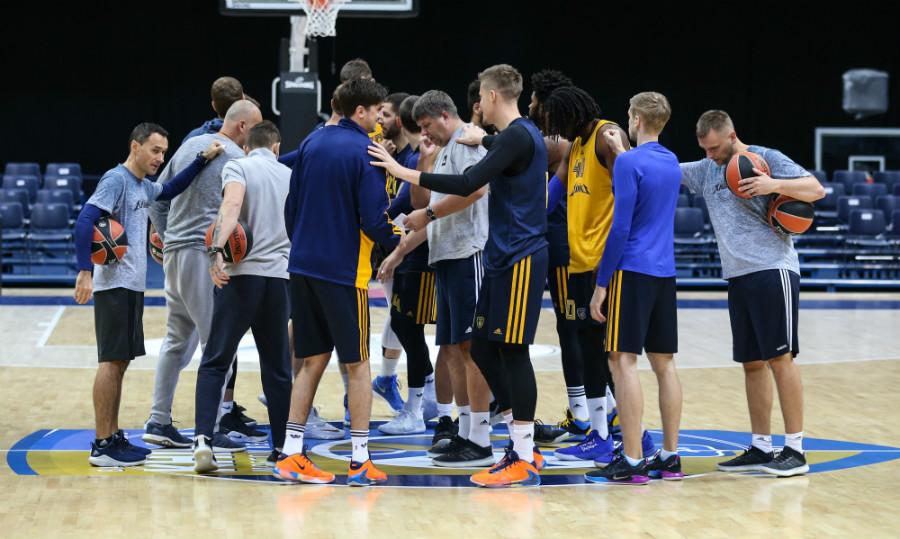 On Thursday, October 3, 2019 Khimki Moscow Region will face Maccabi FOX Tel Aviv, Israel in a EuroLeague round 1 game. The game will be played in Arena Mytishchi, Russia. Tip-off at 20:00 msk. Don't miss!

Sergey Karasev and Dairis Bertans are sidelined because of injuries. Alexey Shved and Anthony Gill are preparing for the game with the team.

Khimki set a EuroLeague club record with 11 blocks in an 88-67 home win over Maccabi in January 2013.

Khimki forward Sergey Monia tied his career-high with 6 assists at home against Maccabi in November 2017.

“We still have injury issues as Sergey Karasev and Dairis Bertans are not ready to play; and these are losses for us. Alexey Shved and Anthony Gill came back to practice, and it’s a good sign. For sure, Maccabi is a very good team, despite the fact that since David Blatt’s triumph they didn’t have results and now they had to re-build the team. They have a good coach and a good roster with Wilbekin, Wolters, who came from Zalgiris, Casspi, who came back from the NBA, as well as center Black. Overall, they are a good team but we play at home and have to put on a double effort and energy on the court, showing confidence. We have played two VTB United League games so far, and we had some good and not very good stuff but I think it’s gonna be okay because all the guys are practicing very well. Hopefully, we’ll start the new EuroLeague season with a win”.

“I expect us to come out ready. We had a long preseason with some good games and some bad games but I feel like we are getting ready for the EuroLeague. So, we are going to come out ready with a good game plan and play against a good Maccabi team. I know they have good players like Nate Wolters at point guard, they got Omri Casspi back. Also, they have Tarik Black; obviously Quincy Acy came back, too. It's gonna be tough inside as they are a good team and play good basketball. But I feel like we have a great game plan and we will come out and execute”.

kurtinaitisjerebkoeuroleaguemaccabikhimki
Share on FacebookShare on ВконтактеShare on TwitterShare on ОК

Khimki ended road slide just in timeKhimki downs Milan, snaps road losing streakAstana vs Khimki HighlightsAstana came back from -17 but still lostJonas Jerebko and his Esports franchise, The RenegadesKhimki vs Nizhny Novgorod HighlightsKhimki beat Nizhny in clutchKhimki got the right balanceShved, Khimki hold off ZvezdaMaccabi rallies past Khimki in a thrillerAlexey Shved and Devin Booker vs UNICS (VIDEO)Evgeny Pashutin and Rimas Kurtinaitis will be All-Star Game head coaches...
2019
October