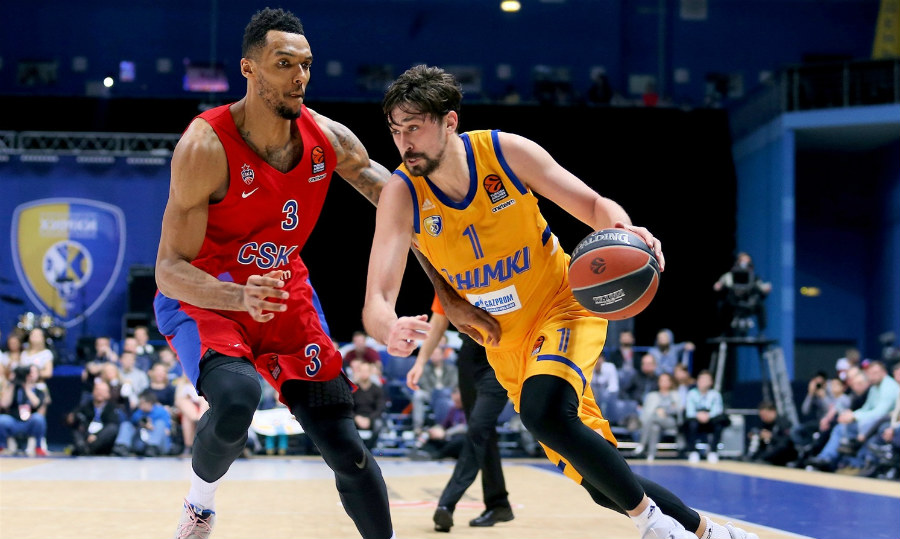 On Thursday, October 17, 2019 Khimki Moscow Region will face CSKA Moscow, Russia in a EuroLeague round 3 game. The game will be played at Megasport Arena. Tip-off at 20:00 msk.

Slava Zaytsev will play his 200th game ever for Khimki.

“Our main problem is just the same as Kramer and Jovic are still injured, so we have to make some changes at the point guard position. In this regard, I’m satisfied how Slava Zaytsev plays but we still do not have enough point guards. For us, all games are important, and before the matchup with CSKA we do not focus on the fact that this is our main opponent. They are a very good team, a current EuroLeague champion, even though they had big changes in the roster. At the moment it is not easy for them, like for us, as they are searching for optimal game combinations. Of course, we will fight and want to win, but we are preparing for CSKA as a regular EuroLeague team”.

“Everyone is determined and ready to put on a fight. I think everyone is waiting for this game, both the players and the fans, as this is the first battle between Khimki and CSKA this season. At the moment, CSKA is playing the EuroLeague much better than the VTB League, so we need to approach this game with full concentration, dedication and give more than one hundred percent from our effort. I try to ignore the thoughts that this is my first EuroLeague game ever. I’m just tuning in a like a normal game. Hopefully, everything will be okay with my nerves”.

khimkicskakurtinaitiskaraseveuroleague
Share on FacebookShare on ВконтактеShare on TwitterShare on ОК