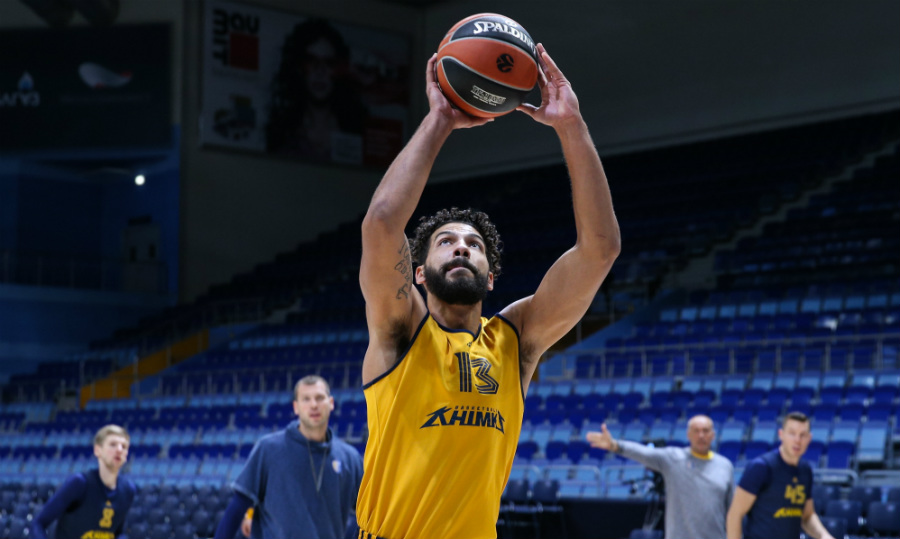 On Friday, October 11, 2019 Khimki Moscow Region will face KIROLBET Baskonia Vitoria-Gasteiz, Spain in a EuroLeague round 2 game. The game will be played in Arena Mytishchi. Tip-off at 20:00 msk.

Janis Timma made his EuroLeague debut with Baskonia during the 2017/2018 season. He was a teammate of current Baskonia players Patricio Garino, Ilimane Diop, Jayson Granger, Matt Janning, Tornike Shengelia and Luca Vildoza.

Sergey Karasev and Dairis Bertans will probably be a game-time decision for coach Rimas Kurtinaitis.

“I’m happy we won our first EuroLeague game against Maccabi FOX Tel Aviv because last season we couldn’t do that. But it’s just the beginning. Hopefully, against Baskonia we’ll show the same energy, effort and desire. Everyone in the team is practicing really well but we still can’t have the full roster because of injuries. The main thing is to put everything on the court. Now we’ll face Baskonia, a very uneasy opponent for all teams. They play fast and show typical Spanish basketball; they have a good roster and show good energy on the court. Our main focus is to stop their fast breaks and transitions that they use to take other teams by surprise. So, it will be 40 minutes of fast and active game. If we are be able to make them play a set offense, we’ll have good chances. If not, there will be problems”.

“Baskonia is a great team. They are one of teams in the EuroLeague that plays really physical. We have to meet their physicality; if we don’t do that it will be a hard game for us because they will try to bully us and try to get to possessions where taken out physical us. We are excited to play with them. They have big guys like Fall and Diop and it will be fun to play against them. Little guys like me will have to play against them only because they are so huge. It will be a fun matchup. For us, we can’t leave up their first game success; we have to continue to push harder, work harder at practice to carry over to the game”.

khimkibaskoniaeuroleaguegillkurtinaitis
Share on FacebookShare on ВконтактеShare on TwitterShare on ОК