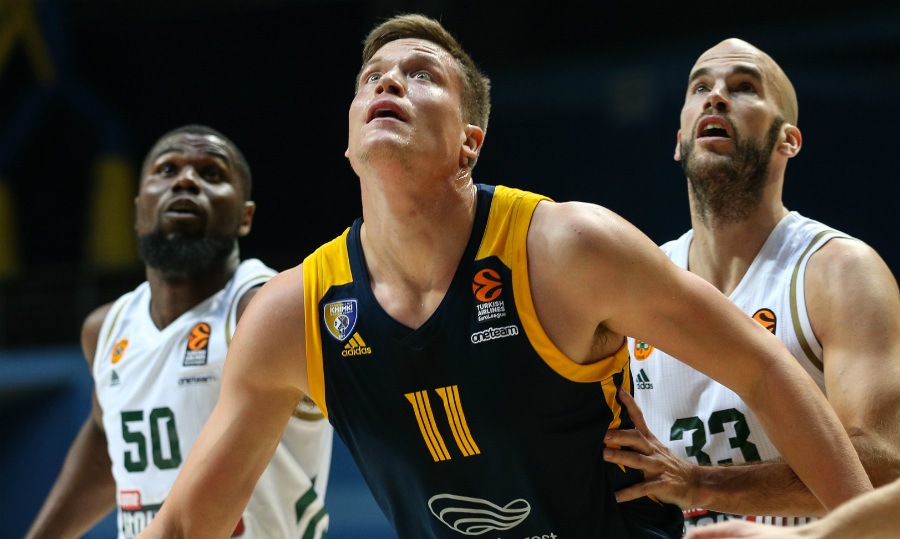 On Friday, October 2, 2020 Khimki Moscow Region will face Panathinaikos OPAP Athens, Greece in a EuroLeague round 1 game. The game will be played at Arena Mytishchi. Tip-off at 20:00 msk.

Khimki holds a 5-4 edge all-time in games against Panathinaikos and has won the last four home games, including a 103-86 decision last season when Alexey Shved paced six double-digit scorers with 26 points.

“Right now, all the teams have problems. We had these problems in the first games of the VTB United League, but we have already got used to it and now we are preparing for the EuroLeague tip-off. We know our opponent Panathinaikos well, but we have to play our game to win. We will be ready. In terms of emotions, we got a positive charge in Krasnoyarsk, having beaten Enisey recently. It's not even about winning, it's about the game itself that was good, with the energy that we lacked before. We have good practices, although we still do not have a full roster, so those who are now in the squad must work for the injured guys”.

“They're a good team historically. They have always been a good team. It's gonna be a challenge. We have to come out ready and play our game. The key point will be definitely rebounding. I think they are a little bit bigger than we are, so we have to rebound the ball to limit them to one shot for possession. We can't let them get easy looks. That's the biggest thing for us. This is the first EuroLeague game and everybody is going to be a little on edge. We've gone about five, six months without playing EuroLeague. So everybody's going to be excited”.

khimkipanathinaikoseuroleaguekurtinaitismickey
Share on FacebookShare on ВконтактеShare on TwitterShare on ОК