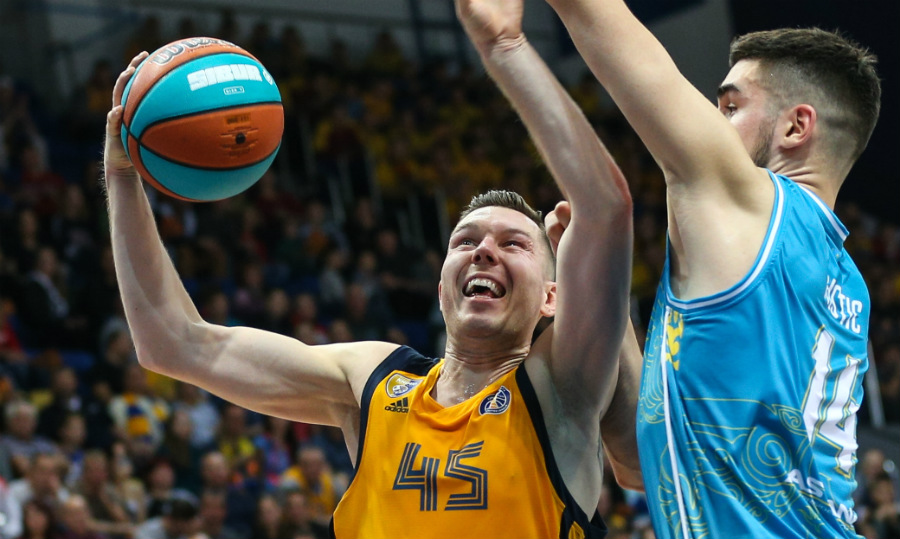 “This is probably the first time this season we have good news. Alexey Shved, Janis Timma, Evgeny Voronov and Jordan Mickey are ready to play, and as a coach I am very happy about it. Now we can do full practices. We will see how we will be at the games, because these players did not practice for a long time. It won't be easy right away, as they need to catch up and get in shape. It's a pity that Sergey Monia had his back injury. Everyone knows his fighting qualities, he always plays to the maximum and gives himself completely to the game. It is not clear how long he will be out, but it is clear that we have lost one of our best fighters. In recent games, he played great, helped the team with his experience and energy. However, injuries and losses are part of our job. It's time to get back on our feet and start winning. Tomorrow we have to play with Astana. This is a dangerous opponent with the same coach as in previous seasons. We know their playing style: they are a good running team with six foreigners. It won't be easy, even though we are playing at home. We will have to induct, in fact, new players after injuries and coronavirus, and this is not easy after a month's absence on the court. It will be difficult, but there is nowhere to retreat”.

khimkibckhimkiastanakurtinaitisvtbleague
Share on FacebookShare on ВконтактеShare on TwitterShare on ОК