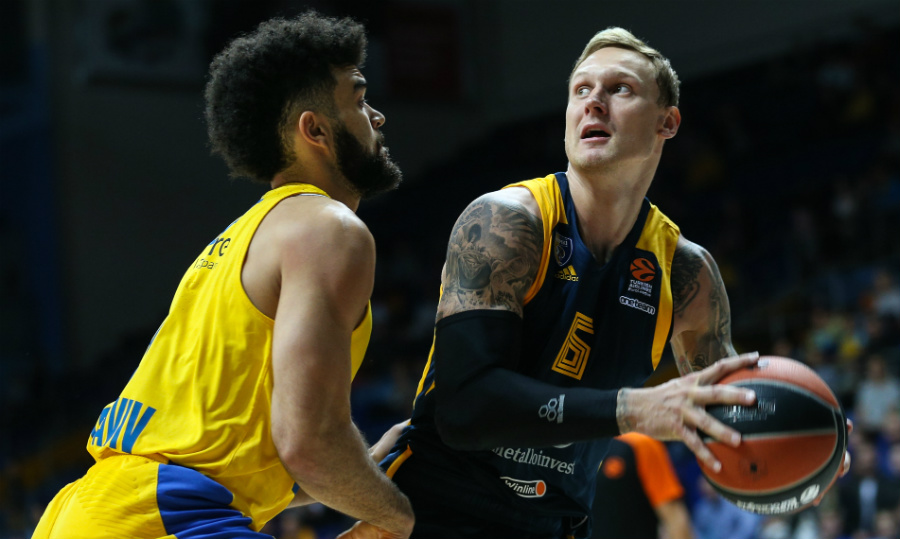 On Friday, October 23, 2020 Khimki Moscow Region will face Maccabi Playtika Tel Aviv, Israel in a EuroLeague round 5 game. The game will be played at Arena Mytishchi, Russia. Tip-off at 20:00 msk.

“We know Maccabi's playing style. This team plays with freedom; they shoot the ball well and run in fastbreaks, in a word, they do everything that is not good for us at the moment. Last week was very difficult for us, we played with seven guys against Real and Baskonia, so our key players got a lot of work and were overloaded, while others are not fully ready. So it will be very important to adjust the speed against Maccabi. We usually play fast, but that's not our option right now. Everything will depend on our discipline and regulation of our conditions. We know that Maccabi will run, they have always been famous for their fastbreaks, so we need to stop their fast plays at all costs”.

“Maccabi is a great team. They have a lot of great guys on their team who can score the ball. Definitely, it will be a tough game for us tomorrow but we are ready for the challenge. They are great competitors and I'm looking forward to the challenge personally against their big guys”.

euroleaguekhimkimaccabikurtinaitisbooker
Share on FacebookShare on ВконтактеShare on TwitterShare on ОК