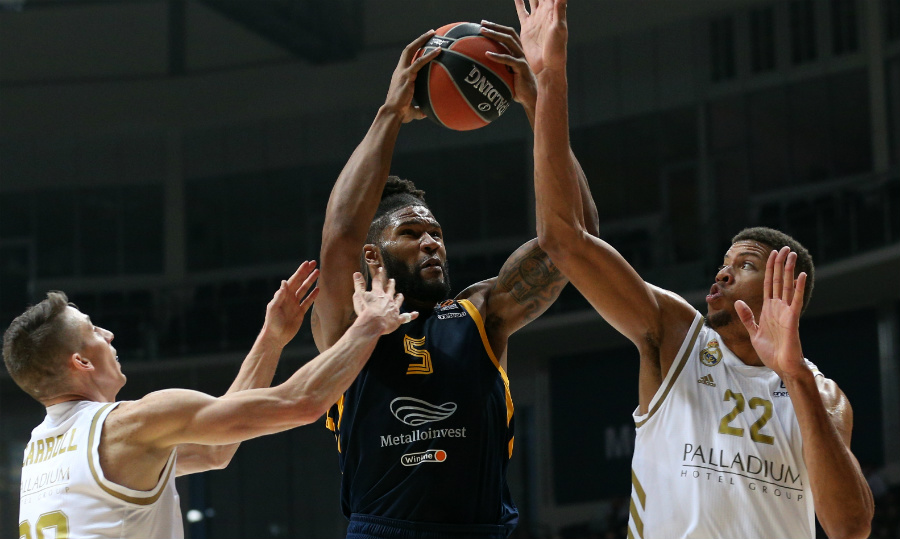 On Wednesday, October 14, 2020 Khimki Moscow Region will face Real Madrid, Spain in a EuroLeague round 3 game. The game will be played in Madrid at WiZink Center. Tip-off at 22:00 msk.

“In the EuroLeague, Real Madrid did not start very well, but in the last games in the [Spanish] league, they looked really great. The team's style has not changed; they still play fast and attack on the first wave. They are always hard to play against. We are more concerned about our own problems. We had to pull up three youth players and those who are from the main team already have micro-injuries. My main concern is that we may get injured because there is an overload of players who can't be replaced. Half the team is missing, but we don't need excuses. With Zalgiris, in general, we played well, but we made mistakes in the clutch moments of the game. So, we will give all our strength in this game”.

“We expect a difficult battle. It's gonna be hard, especially with the limited roster that we have. It will be very difficult, but I think we have a chance. The guys that do we have on the roster will do their best. We'll be capable of doing the job that we need to be done. We have to get momentum and just stay focused on the floor. We have to take care of business”.

euroleaguekhimkirealkurtinaitisbooker
Share on FacebookShare on ВконтактеShare on TwitterShare on ОК