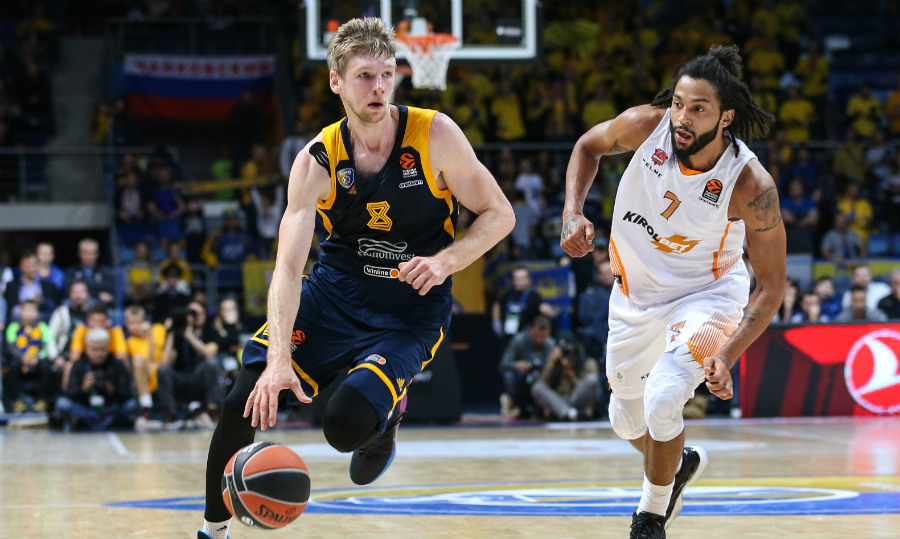 On Friday, October 16, 2020 Khimki Moscow Region will face TD Systems Baskonia Vitoria-Gasteiz, Spain in a EuroLeague round 4 game. The game will be played in Vitoria-Gasteiz at Buesa Arena. Tip-off at 22:00 msk.

Janis Timma made his EuroLeague debut with Baskonia during the 2017/2018 season.

“I think we are playing well, but we don't have enough energy to win. We are waiting for the first win and, in my opinion, we have a good chance against Baskonia. If everything goes as we expect, our chances will increase. No doubt, we will fight. It's not enough for us to just play well and lose, we need to play well and win. This time has come and we really look at the game against Baskonia as a game that we want to win. Baskonia has changed, now it is new, but at the same time a running team, playing traditional Spanish basketball. If we manage to control the speed of the game, as we did against Real Madrid, even whether we score or not, the chances will be good. We love high-speed basketball and are famous for it, but it doesn't suit us at the moment. We also need to show discipline and stop their fastbreaks. Now Baskonia is on a good run as they beat Real Madrid in the EuroLeague and won a couple of games in the Spanish League. Also, we know Coach Dusko Ivanovic as a very good and high-quality specialist. We are waiting for a difficult game”.

“We are preparing for the game against Baskonia with the same squad that we had against Real Madrid. We will try to play smart, without turnovers and crazy shots. We need to save energy and correctly distribute the intensity for the entire game. We will try to win the game. Everyone gives their best on the court, as far as they can, and everyone tries to do everything in their power. Against Baskonia, we need to play team basketball, play good defense, be perfect on rebounding, and not make rash decisions. Also, we have to try to make as little turnovers as possible. I think this is the main key to win”.

khimkibaskoniaeuroleaguemoniakurtinaitis
Share on FacebookShare on ВконтактеShare on TwitterShare on ОК