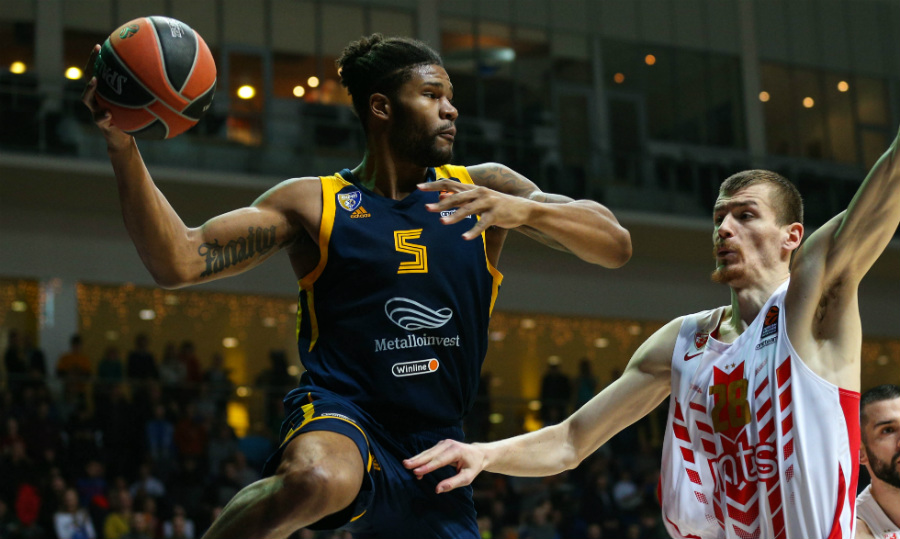 On Friday, October 30, 2020 Khimki Moscow Region will face Crvena Zvezda mts Belgrade, Serbia in a EuroLeague round 6 game. The game will be played at Arena Mytishchi. Tip-off at 20:00 msk.

“Crvena Zvezda is a very good team that plays good defense. They have a clear leader in Loyd, who is allowed everything on the court. He averages more than 23 points per game and is currently one of the EuroLeague scoring leaders. That's why stopping Loyd is our number one priority. Crvena Zvezda is a tough opponent. They are very active on defense, so the game will not be easy. They do not care where they play, at home, or on the road, although in this situation, when the games are held without fans, the factor of home court practically does not affect anything. It will be tough, but we have nowhere to retreat, we have to win home games”.

“I think everyone is waiting for our first EuroLeague win. It is clear that there are frustrations and resentments after the start of the season, but all the guys in the team understand that we need to move on. Now we have almost a full squad, everyone is working, and we look to the future with our heads held high. Tomorrow we have a game against Crvena Zvezda, which looks very good this season. This is a team with a typical Serbian playing style: aggressive defense, quick transition to the offense, and a large number of three-point shots. However, we play at home, so we need to match the opponent with the same pressure and physicality”.

khimkicrvenazvezdaeuroleaguekurtinaitiskarasev
Share on FacebookShare on ВконтактеShare on TwitterShare on ОК