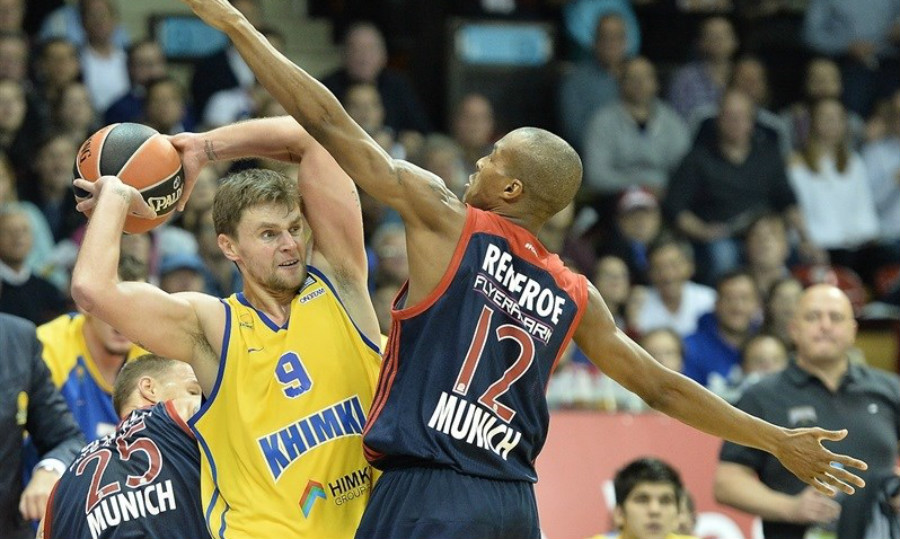 On Thursday, December 6, 2018 BC Khimki will face FC Bayern Munich, Germany in a EuroLeague round 11 game. The game will be played in Audi Dome, Munich. Tip-off at 22:30 msk. Watch LIVE at Match TV, Match! Arena, matchtv.ru and Euroleague.tv

Petteri Koponen played for Khimki 4 seasons, from 2012 to 2016. He helped the team win the 2015 EuroCup, together with Sergey Monia and Egor Vialtsev. He was also a teammate there of Alexey Shved during the 2015/2016 season.

Khimki guard Stefan Markovic has been a teammate of Bayern guard Stefan Jovic and injured forward Milan Macvan on the Serbian national team. They all won silver medals together at the 2016 Olympic Games in Rio de Janeiro and Markovic and Jovic also won silvers at the 2014 FIBA Basketball World Cup.

“We are talking about the champions of Germany, a team that is playing really well now. They play together and with enthusiasm because they don’t play in the EuroLeague every year, so they give extra effort in the EuroLeague because this is a spotlight. At their home court it is very difficult to win. For us, playing without Alexey Shved is a problem but it’s always a challenge for everybody else to cover his gap. Like in the previous game with Panathinaikos we have to base on the team effort, both defensively and offensively, and do whatever we can to win this game. We have to focus on their weak and strong points. I expect nothing but a tough game, but I think if we play well we have chances to win”.

“Just another game for us to come out and get another win. FC Bayern is a good team; this is a good club but for us we have to focus on what we have been doing and try to do it best. We just have to compete and fight. They have good atmosphere [in their arena], very traditional EuroLeague atmosphere; this is very nice place to play. For me, it will be fun to be back to Germany but for the most part I’m here to work hard and do whatever I can to help my team win. We had okay game last week and that win was the most important. For me, it was nice to get on the court and help our guys get this win”.

khimkibayerneuroleaguegreenbartzokas
Share on FacebookShare on ВконтактеShare on TwitterShare on ОК

Astana vs Khimki HighlightsAstana came back from -17 but still lostJonas Jerebko and his Esports franchise, The RenegadesKhimki vs Nizhny Novgorod HighlightsKhimki beat Nizhny in clutchKhimki got the right balanceShved, Khimki hold off ZvezdaMaccabi rallies past Khimki in a thrillerAlexey Shved and Devin Booker vs UNICS (VIDEO)Evgeny Pashutin and Rimas Kurtinaitis will be All-Star Game head coachesKhimki accept a fight and win in KazanUNICS vs Khimki highlights...
2018
December