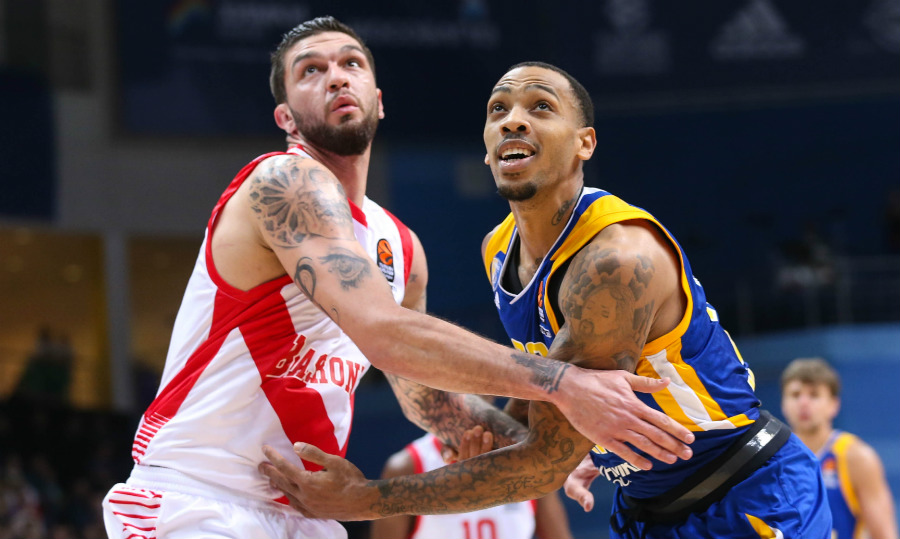 On Thursday, December 27, 2018 BC Khimki will face KIROLBET Baskonia Vitoria-Gasteiz, Spain in a EuroLeague round 15 game. The game will be played at Arena Mytishchi. Tip-off at 20:00 msk. Don't miss!

Baskonia sharpshooter Matt Janning was a teammate of Khimki forward Andrey Zubkov and played under current Khimki head coach Georgios Bartzokas at Lokomotiv Kuban Krasnodar during the 2015/2016 season. Together they reached EuroLeague Final Four. Zubkov and Janning were teammates at Lokomotiv in the 2016/2017 season, too.

Point guards Jayson Granger of Baskonia and Stefan Markovic of Khimki were backcourt mates at Unicaja Malaga during the 2014/2015 season.

The last time Baskonia visited Khimki, Jayson Granger set his career-high with 11 assists in a 91-90 loss in Round 6 last season.

Stefan Markovic matched his career-best with a performance index rating of 19 in 91-90 home win over Baskonia in November of last season.

Tornike Shengelia set his career-high with 15 rebounds in an 87-77 win over Khimki in March of last season.

“Baskonia is coming to Russia with a streak of two away wins, so it's a dangerous team. They have new coach who brought a new philosophy to the team. Also, they have good point guards and good big men, so we expect a tough game. Of course, we want to finish this year with a win, so we'll try to do our best to win this game”.

“We had only two days to prepare for this game. Baskonia is a good team that plays typical Spanish basketball with aggressiveness, speed, good centers, good power forwards and great scorers. I think we have to do our best in rebounding and try to protect our perimeter from their triples”.

khimkibaskoniaeuroleaguezubkovbartzokas
Share on FacebookShare on ВконтактеShare on TwitterShare on ОК