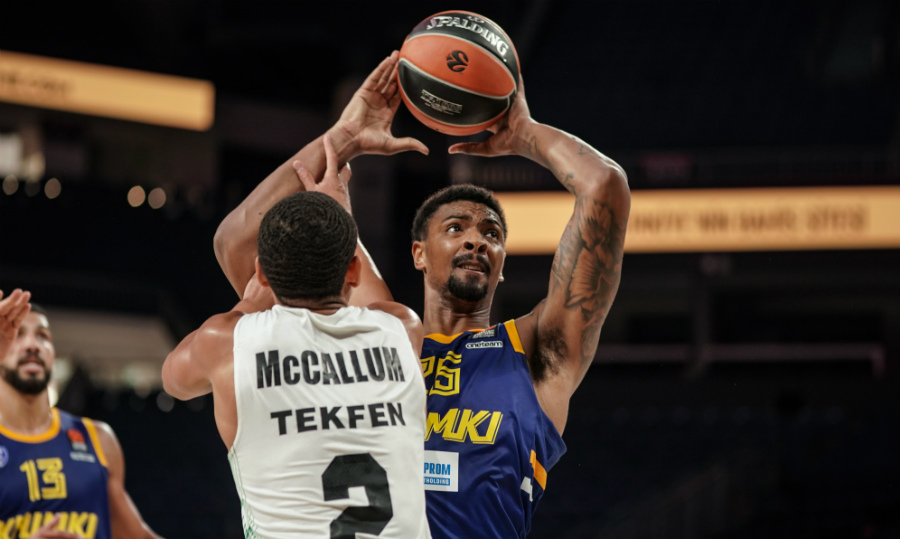 On Friday, December 21, 2018 BC Khimki will face Darussafaka Tekfen Istanbul, Turkey in a EuroLeague round 14 game. The game will be played at Arena Mytishchi. Tip-off at 20:00 msk. Don't miss!

Oguz Savas posted his career high in blocks with 3 playing for Fenerbahce Istanbul against Khimki in October 2012.

“We didn’t sleep at all at night and had almost a 13-hour trip from Tel Aviv. We need to overcome this exhausting trip. Tomorrow’s game is a must-win game for us, if we want to have luck in the EuroLeague this year for the playoffs. So, basically we need to be ready physically and mentally for this tough game”.

“If you look at the standings, there is no much separation between seventh place and fifteenth place. EuroLeague is tough and each team has at least one loss so far. We played against Darussafaka in the preseason; they are really good team with a lot of talent. It will be another tough game especially for us missing two most important guys”.

khimkidarussafakaeuroleaguejenkinsbartzokas
Share on FacebookShare on ВконтактеShare on TwitterShare on ОК