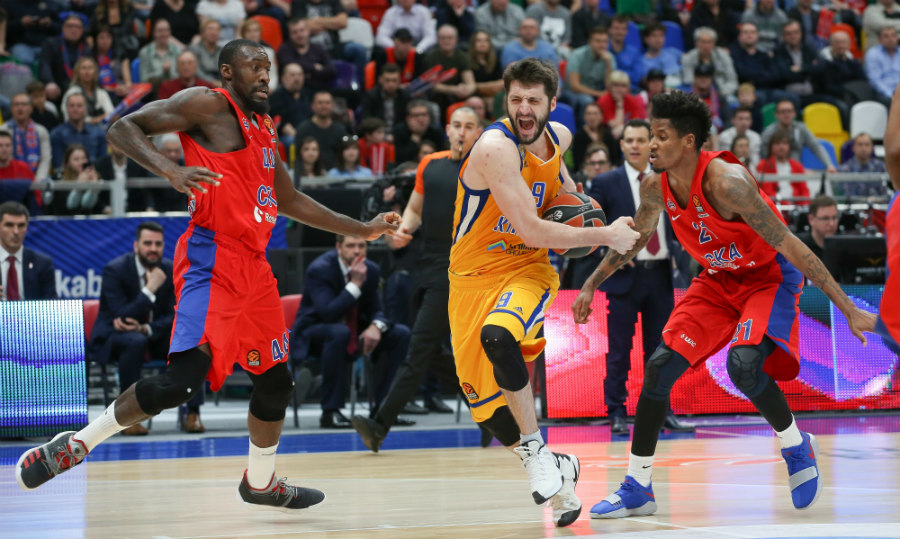 On Thursday, December 13, 2018 BC Khimki will face CSKA Moscow, Russia in a EuroLeague round 12 game. The game will be played in Megasport Arena, Moscow. Tip-off at 20:00 msk. Watch LIVE at Match! Arena, matchtv.ru and Euroleague.tv

This week on the EuroLeague Basketball calendar has arrived with the staging of One Team Games all over Europe from Tuesday to Friday. All 20 games in the two competitions will showcase the program, with every EuroLeague player showing his support by proudly wearing One Team on the back of his shirt instead of his own name. Every home club will also stage a series of special events to celebrate the program, including One Team participants and athletes from Special Olympics taking part in on-court pre-game ceremonies. One Team is a long-running and hugely successful social responsibility program, which sees all 40 clubs in the Turkish Airlines EuroLeague and 7DAYS EuroCup offer valuable support to vulnerable members of their local communities with an ongoing schedule of inspirational basketball-based activities.

“Nothing changes. This is EuroLeague and no one has any doubts about CSKA's potential, especially right now. Bolomboy is playing more and CSKA is a complete team at any spots. It’s really difficult to beat them away. Also, we need take into consideration that Gill and Shved are out, so we need to make an extra effort defensively and offensively from everybody to compete. We have a newcomer in Garlon Green, who day by day, practice by practice understands what we want from him. Generally, he is very positive and able to listen to any information that we give him. So, I’m positive about him; he has a potential to help us”.

“They are a good veteran team; a tough team, always in the top rankings both in the EuroLeague and VTB League. I think we definitely will have to execute our offense and defense, bringing a lot of energy if we want to be in the game. We have to try to overdo it as we lost two main players. We can do too much because of missing them. We just have to stick to the game plan the coach gives us and execute. I think, so we’ll be fine”.

khimkicskaeuroleaguebartzokasthomas
Share on FacebookShare on ВконтактеShare on TwitterShare on ОК