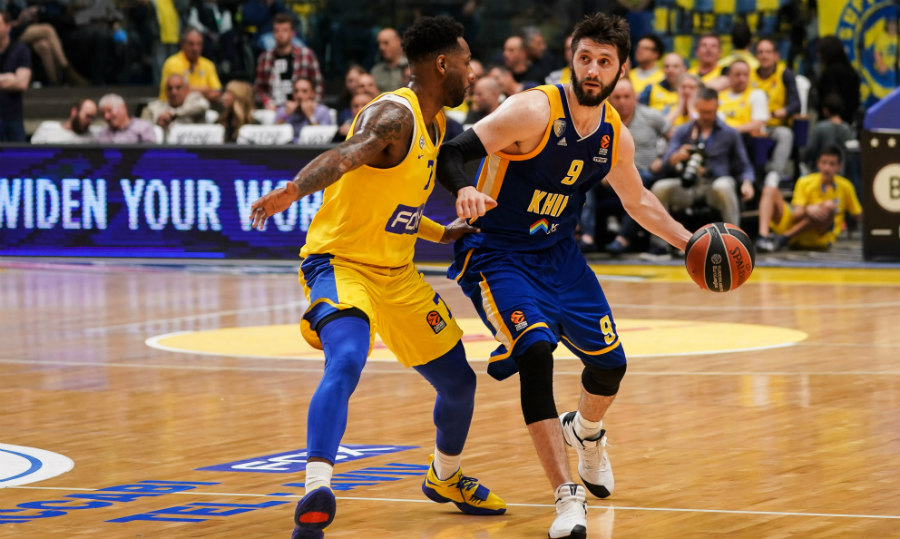 On Wednesday, December 19, 2018 BC Khimki will face Maccabi FOX Tel Aviv, Israel in a EuroLeague round 13 game. The game will be played in Menora Mivtachim Arena. Tip-off at 22:05 msk. Watch LIVE at Match TV, Match! Igra, matchtv.ru and Euroleague.tv.

Khimki's Petr Gubanov and Maccabi's DeAndre Kane were teammates at Nizhny Novgorod in the 2016/2017 season.

Khimki center Malcolm Thomas made his EuroLeague debut at Maccabi in the 2012/2013 season.

“We need to play much better than in the last two games and play really well in this environment to win. Right now, Maccabi is playing better. They changed a little bit the way they play, I mean not so much uptempo, trying a little bit to control the game and set up their offense. Anyway, it’s a forty-minutes game and we need to follow our game plan”.

“Another tough EuroLeague game. Two teams at the bottom of the standings fighting to stay in the playoff race. Maccabi has always been a really individually talented team; they always had guys who could score the balls very well and they continue to have this season, I mean Scottie Wilbekin, Tarik Black, Johnny O’Bryant as well as other guys who can score for them. I think, it will be another tough environment for us to be in, and an opportunity to make some steps trying to get some wins in the EuroLeague”.

khimkimaccabieuroleaguejenkinsbartzokas
Share on FacebookShare on ВконтактеShare on TwitterShare on ОК